This Is the Best $500 Television You Can Buy

If I were looking for a good, inexpensive, 50-inch TV, I’d get the Vizio E500i-B1. It has above-average picture quality—better than many more expensive models—with impressively dark blacks (a rarity in this price range of LCD), bright whites, decent motion resolution, and reasonably accurate colors. It also consistently gets top marks from the best TV reviewers on the web.

If the Vizio is sold out, or otherwise unavailable, the Panasonic 50AS530U offers almost as good picture quality but costs a bit more money ($600 as of this writing). Its contrast ratio isn’t quite as good as the Vizio, but the motion resolution is decent.

Who should get this TV?

If your TV is dying, has died, or you’re looking for something larger, this TV offers pretty good performance for a low price.

In terms of picture quality, this TV is generally better than most LCDs in this price range. Upgrading to more expensive models will result in better motion resolution, better contrast ratios, and more accurate colors. (In other words, these qualities makes a more lifelike, realistic picture.)

Keep in mind, though, that for around $500, when it comes to a 50-inch TV, there is no clear winner in terms of picture quality. All have strengths and weaknesses. And stepping down slightly in size doesn’t get you enough of an increase in picture quality to offset the loss in size. So even a great-looking 40-inch TV doesn’t look enough better than the Vizio to make up for how much smaller it is.

If the best picture quality possible is your goal, check out our Best TV guide.

I also eliminated most smaller screen sizes in the same price range: 48 inches was okay, 47 was pushing it, and 46 would have to be pretty amazing to make up for its smaller size.

Off-brand TVs aren’t going to offer better picture quality than one of the major brands. Unlike many categories we cover at the Wirecutter, good TVs don’t just “happen.” There isn’t going to be a surprise no-name brand that looks better than the big names. Not this year, anyway. Maybe someday.

After making this shortlist, I queried the opinions of TV reviewers I trust. The E-series was consistently among the most positively reviewed, but only by a small amount. To be honest, the TVs in this range are “good,” but none are “great.” That’s just the nature of this part of the market.

The Vizio E-series wins out for having impressively dark black levels (again, a rarity in this price range of LCD), but still having a bright image. The motion resolution is OK, as is the color accuracy. Neither of the last two are standouts, but neither are “bad.” Overall the image is “very good,” which, when you consider the price, is excellent.

Input lag, important to gamers, is excellent: under 30 ms. Average for TVs is around 55 ms.

Though it seems an odd aspect to praise, no reviewer seemed to dislike the E-series. For an inexpensive LCD, that’s actually pretty impressive.

CNET liked the E-series the best, giving it a 4/5 stars and an 8/10 for performance. They concluded, “With picture quality that outdoes that of numerous more-expensive TVs, Vizio’s E series likely represents the best value of 2014.”

Digital Trends liked the E-series, as did Sound & Vision and Rtings.com.

Consumer Reports liked the E-series the least of the major review sites (paywall), giving the 50-inch a 57/100. Their highest rating in this size is 69/100, our runner up. They felt it had “Very Good” image quality overall, praising the detail and black levels, but found the color accuracy and viewing angle to be below average (more on the latter in the Flaws section.

Like all LCDs, the E-series has some picture quality drawbacks, most notably, motion blur and off-axis viewing. Motion blur is when the image blurs when something on screen moves (or the entire image movies, like a camera pan). The E-series uses a method to reduce motion blur called black frame insertion. CNET said this reduced blur “slightly,” but they “ended up turning off MBR because it tended to introduce flicker in some areas, particularly white fields.”

To get better motion resolution and otherwise decent picture quality, you’ll have to spend a lot more.

The other issue is off-axis viewing. The color saturation and overall picture quality decreases the further away you are from dead center. If you have a big couch, or tend to have people (you like) that sit off to the sides of a TV, consider the similarly priced 49-inch Vizio M-series. This TV doesn’t look as good straight on, but will look better than the E-series off to the side.

There are reports on the E-series TVs shutting down randomly. It’s hard (if not impossible) to judge how many units are truly affected by this issue. We go into depth about this in the full guide but the short version is, from what we can tell from Amazon reviews, approximately 4 percent of people have this problem. According to Consumer Reports, LCD TVs in general have a 3-5 percent problem rate, so this is in that range.

The Vizio’s satisfaction ratio is a bit lower than the top competition, which isn’t ideal, but all are fairly close. 76 percent (4 and 5 stars) are happy with their E-series. No TV is perfect.

If you run into these issues, Amazon has a 30-day return policy. Costco gives 90 days to members. Best Buy’s policy is 15 days. Vizio’s warranty is 1 year on parts and labor.

For now the E-series remains the pick, but if these potential issues concern you, check out our runner-up pick.

The Panasonic 50AS530U was liked by some reviewers more than Vizio’s E-series and by other reviewers less so. The difference was so close that it wasn’t quite enough to offset the $50 (9%) difference in price. The contrast ratio isn’t quite as good; the color accuracy is similar, as is the motion resolution. The off-axis performance is a little better.

For a full list of the TVs we considered, but didn’t pick, check out the full article.

Is now the best time to buy?

A bevy of new TVs were announced at the yearly Consumer Electronics Show in early January. It’s too soon to tell which might be our pick for 2015, but we know they’re coming. We expect to start seeing reviews and tests of the new models this summer. Will the new models be better than the Vizio? We honestly don’t know. Most new models are better than the ones they replace, but not always. For now, the E-series is a great TV.

The Vizio E500i-B1 is a great $500(ish) 50-inch TV. It has above-average picture quality, with dark black levels and a bright image. Its color accuracy and motion resolution are only okay, but that’s not too different from other TVs in this price range. In short, it’s a decent, inexpensive 50-inch TV. 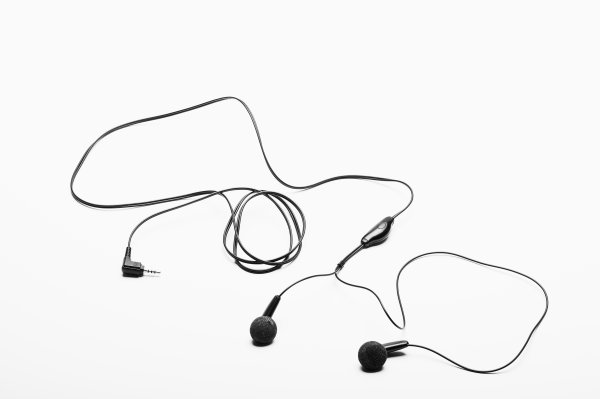 How To Get Your In-Ear Headphones to Fit Better
Next Up: Editor's Pick