Here's Everything You Need to Know About Box

The cloud: it’s a buzzy form of computing technology as nebulous as the climatic phenomenon for which it’s named. The largest technology companies, from Google to Amazon to Microsoft, are investing in cloud-based storage services for customers. All of us dabble in the cloud every day when we log into Facebook or stream a movie on Netflix, but a lot of us don’t know exactly how it’s used.

No, this isn’t an explainer about the cloud. But it is an introduction to a hot company that’s using the cloud — and could be Wall Street’s next Silicon Valley darling.

The company is Box, and Friday is its first day of public trading. Offering individuals and businesses easy-to-use cloud-based storage and other enterprise solutions, the $1.7-billion company has caught plenty of investors’ attention.

Here’s why so many people care about Box:

Box is a cloud storage company. What that means is that you can upload files—documents, videos, photos, etc.—to the service from your phone, tablet or computer. Then you can access those files anywhere. Think of it as a floating hard drive that’s connected to all your devices. You can store up to 10GB on it for free, and up to 100GB for a $10 per-month fee.

Who is using Box?

Mostly businesses. About 99% of its 32-million users are employees from Fortune 500 companies. It’s aiming a lot of its services toward particular industries, including health care and retail, by creating purpose-built sharing tools.

Last year, Box acquired MedXT to let customers in medicine annotate medical images, and the company has been attracting executives from the law, retail, health care and media worlds.

Does Box have competitors?

Lots of them. Several top companies are offering cloud-based storage, with products like Amazon Web Services, Google Drive, Microsoft’s OneDrive, Apple’s iCloud, and Dropbox all competing for users. But the services all target different markets, and Box’s strength could be its popularity among large companies. About 275,000 companies use Box.

Who is Box’s CEO?

Aaron Levie, 30, is what you might expect of a Silicon Valley executive. A University of Southern California dropout, Levie founded Box out of his dorm room in 2005. He wears bright sneakers with snazzy business outfits. And he works pretty much non-stop. He also owns about 4% of the company.

So today was Box’s IPO. How is its first day trading on the New York Stock Exchange going?

Surprisingly well. Its initial public offering price of $14 was history by midday on Friday, with its stock rising as high as $24.73, up nearly 70% before cooling somewhat. Box sold 12.5 million shares at $14 a piece — above the expected $11-$13 range — raising some $175 million and giving the company a market capitalization of about $1.6 billion in the process. Box ended Friday at $23.15 a share.

Not so fast. Its first day of trading has so far surpassed expectations, but the company has a lot of challenges. Besides sparring against well-funded competitors in the cloud storage business, Box has some financial troubles of its own. First, the company doesn’t make a profit: In fact, it’s lost a cumulative total of $483 million since its founding, partially due to sales and marketing expenses. It also delayed its IPO by nearly a year to wait for better market conditions, which made some observers nervous about the company’s future.

What’s next for Box?

According to Levie, Box is “just a couple months” into building services for particular industries, a business that’s likely to be profitable for the company. With all the new funding from its IPO, Box should also be able to more effectively invest in sales and marketing. 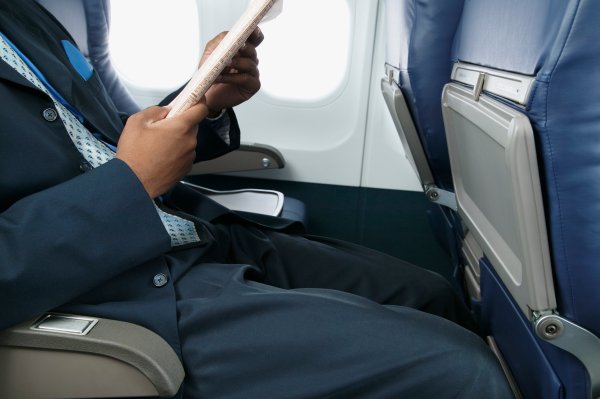 SkyMall Files for Bankruptcy
Next Up: Editor's Pick