The Real Contagion of Anti-Vaccine Idiocy

Ideas
By Quinn Cummings
Quinn Cummings is a writer of three books, Notes From the Underwire, The Year of Learning Dangerously and Pet Sounds. Her articles have been published in, among others, The Atlantic, The Wall Street Journal, TIME, The Huffington Post and Good Housekeeping. She is a passionate animal lover, an indifferent housekeeper and would eat her own hand if you put salsa on it.

I glanced at my phone and frowned — why on earth was my daughter’s pediatrician calling me at seven at night?

Without preamble, the nurse informed me that on January 6th — when we had been at the pediatrician’s office for the annual check-up — another patient in the office that morning had subsequently been diagnosed with measles. We’d been exposed.

“Oh, the Disneyland vector!” I said brightly, because I like being part of the news. The nurse paused for a second too long and then said stiffly “I can’t reveal that information, because of…”

“HIPAA, I know,” I said. But trust me; Disneyland. According to reports, a 20 year old unvaccinated woman visited Disneyland between December 17 and December 20, only being dianosed with measles after going back to Washington State. The week before Christmas is an incredibly popular time to visit an amusement park and measles can infect up to 90% of people who aren’t immune, either through having had it already or through vaccination; a virus couldn’t ask for a more efficient door into a population. As of this writing, there are already 70 cases of measles in six states thought to be connected to this one woman. No one thinks the outbreak is anywhere near being done. One person has already contracted measles from someone who brought it back with them to Colorado and Craig Sturak with the San Diego County Health and Human Services Agency said Thursday that the public may have been exposed at nine places including a clinic, drugstores, grocery stores and gyms. Most who have gotten sick weren’t vaccinated, but not all of them; herd immunity is breaking down, which means we’re all at greater risk.

The odds of my family getting sick are very small; my daughter is vaccinated and not only did I get a booster as an adult, my immune system is so delicate that as general policy I basically spend the entire time in a doctor’s office breathing into the crook of my arm and not touching anything. But while we were in the waiting room that day, there were two families in the same waiting room who had infants; they got the same call I did, and they’re sweating bullets. So when someone tells me that they don’t vaccinate and it’s their decision for their family, I respectfully counter that it’s their decision, all right, but that they are also making it for every person they meet. The study which set the anti-vaccination movement off has long since been discredited; the science which matters now is how quickly an infectious disease can spread. 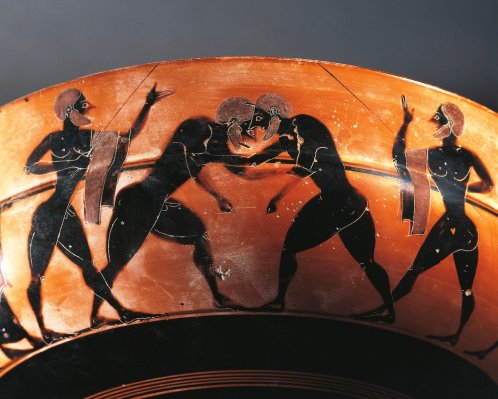 Panathenaic Way to Fitness
Next Up: Editor's Pick