The U.S. has decided to reduce its embassy staff in Yemen following the collapse of the nation’s government at the hands of rebel Houthi fighters.

“The safety and security of U.S. personnel is our top priority in Yemen,” White House spokesperson Jen Psaki said in a statement. “We are evaluating the security situation on the ground on an ongoing basis. We call on all parties to abide by their public commitments to ensure the security of the diplomatic community, including our personnel.”

The reduction of embassy staff, mainly in response to the security situation, comes at a time when Washington is trying to secure partnerships in the war against the Islamic State of Iraq and Greater Syria while trying to limit Iran’s influence in the region, according to Reuters.

The situation is alarming neighboring Saudi Arabia, which sees Tehran’s military and financial support for the Shi‘ite Houthis as a sign of their growing regional clout.

Former Yemeni President Abdel Rabbo Mansour Hadi, who resigned Thursday along with a slew of government officials, was seen as a key ally in the war against jihadist groups like al-Qaeda. However, the Houthis, who now control the capital, are said to loathe al-Qaeda as much as they do the U.S., reports Reuters. 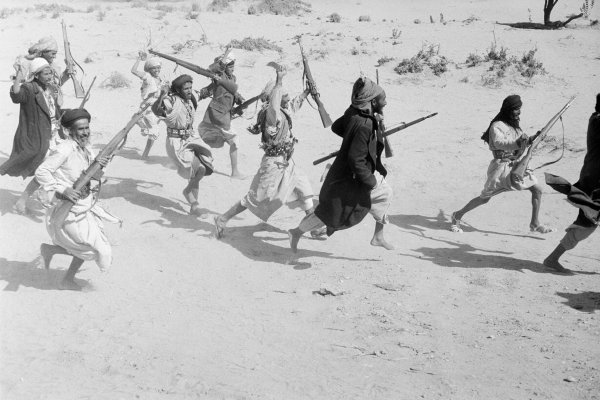 Yemen's Tumultuous History in 12 Pictures
Next Up: Editor's Pick