Why Saudi Arabia's Neighbor Is the Real Concern for the U.S.

King Abdullah of Saudi Arabia died Thursday of natural causes at age 90, leaving in place what appears to be a well-laid succession plan that U.S. analysts hope will assure continued stable relations between Washington and the oil-rich country that dominates most of the peninsula.

Unfortunately, in neighboring Yemen, the government of U.S. ally President Abdel Rabbo Mansour Hadi also died Thursday, leaving nothing but the prospect of a failed state and increased sway for Iran-backed Houthi rebels and a powerful and dangerous branch of al Qaeda.

On balance, the bad news outweighs the good.

Abdullah’s successor, Crown Prince Salman, is an established figure in U.S.-Saudi affairs, with a history of collaboration on national security matters dating to his fundraising for the Afghan Mujahedeen during their war against the Soviets in the 1980s, says Bruce Reidel of the Brookings Institution. One of Salman’s sons, Reidel reports, “led the first RSAF mission against Islamic State targets in Syria last year.”

But while oil futures soared on the news of Abdullah’s death as traders worried about potential instability in Saudi Arabia, former U.S. officials viewed the collapse of central governing authority in Yemen as the real cause for concern. “Rule number one of contemporary national security policy is allow the emergence of no new failed states,” says former State Department Coordinator for Counterterrorism, Amb. Daniel Benjamin.

The power vacuum is most worrying because it imperils U.S. intelligence and counterterrorism operations against one of the few al Qaeda off shoots that retains the U.S. as its primary target. Al Qaeda in the Arabian Peninsula (AQAP) has a talented bomb-maker in its upper ranks, a Saudi fugitive named Ibrahim al Asiri. U.S. officials believe al Asiri is behind several near-miss attempts to bring down Western airliners, at least one of which was foiled by a Saudi double agent who had penetrated the group.

The Houthis are only a threat to the U.S. insofar as they appear to have effected the ouster of the U.S.-backed Hadi and left a collapsed state in his wake. “We were banking on a guy who was very pro-American, but had far less support in his country than we thought,” says Whitley Bruner, a former CIA Baghdad station chief who previously served in Yemen and has worked as a security consultant there in recent years.

The Saudis dislike both the Houthis and AQAP, which dispatched al Asiri’s brother in a suicide attack that nearly killed the Saudi Interior Minister in 2009. But the kingdom has little chance of putting its neighbor back together again: with Yemen’s history of sectarian, tribal and ideological violence, “it’s going to get worse,” says Bruner. AFP reported late Thursday that “four provinces of Yemen’s formerly independent south, including its main city Aden, say they will defy all military orders from Sanaa” now that the capital has fallen to the Houthis. 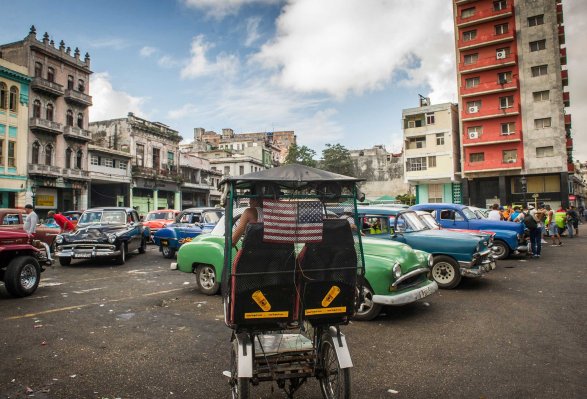 U.S. Eases Restrictions on Travel to Cuba
Next Up: Editor's Pick