On Wednesday, Solo was suspended 30 days by U.S. Soccer for a “poor decision,” according to U.S. women’s national team head coach Jill Ellis’ statement. U.S. Soccer didn’t offer any more specifics on what led to the suspension.

At 1:30 a.m. on Monday, Solo’s husband — former NFL tight end Jerramy Stevens — was arrested on suspicion of DUI in Southern California. Police said Solo was in the car at the time, but she was not arrested or detained. TMZ first reported that Stevens was driving a U.S. Soccer van when he was arrested.

Wahl reports that Solo’s 30-day suspension is due in part to a recent pattern of behavior by the goalkeeper. Last week, a judge dismissed domestic violence charges against Solo.

After the suspension was announced, Solo released a statement on her Facebook page.

The suspension will cause Solo to miss February friendlies against France and England. The USWNT, which has already qualified for the 2015 Women’s World Cup, is currently in training camp in Carson, Calif.

Solo has 159 caps with the USWNT and broke the U.S. women’s record for career shutouts last September. 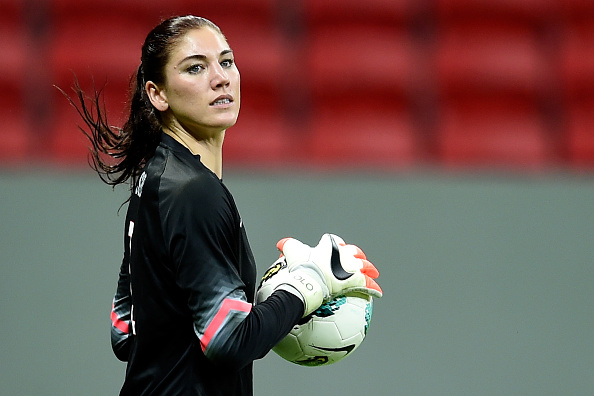