Over the last 20 years, celiac disease, an autoimmune reaction to gluten, has tripled among children in the United Kingdom, a new study shows.

The new data, published in the journal Archives of Disease in Childhood, shows that while 1% of all kids in the U.K. have blood markers for the disease, there are socioeconomic disparities among who gets diagnosed.

Researchers looked at data from a U.K. database called the The Health Improvement Network (THIN) which collects public health records. The researchers looked at all children in the system from birth to age 18 with a general practitioner between the years 1993 and 2012. That came to a total of 2,063,421 kids, of which 1,247 were diagnosed with celiac. That came out to about one new case of the disease in every 10,000 kids every year.

Numbers of new diagnoses among infants remained low, but the data showed that among kids two years and older, the rate of diagnoses tripled during the time period. The spike was 53% greater among girls, and the overall rate of diagnoses between 2008 and 2012 was 75% higher compared to the rate between 1993 and 1997.

The researchers also noted that socioeconomically deprived children were only half as likely to be diagnosed with celiac compared to children who were better off.

MORE: Should You Eat Gluten-Free Bread?

Study author Laila Tata, an associate professor in epidemiology at the University of Nottingham, told TIME over email that while in theory the increases could be due to changes in risk factors like diet and a greater predisposition for the disease among the population, there was a lack of evidence to back that up. Another, more likely explanation is that a greater awareness of the disease and better medical means to diagnosis it could be contributing to the rise. “The differences we found relating to socioeconomic inequalities in diagnosis also support this rather than a true increase in the disease,” she says.

Tata says her team is now looking into whether there is a link between diagnoses and patient interactions with primary care doctors to determine if the socioeconomic inequalities could be due to a lack of patients seeking medical care.

“Another likely possibility is that ascertainment of disease varies, so awareness campaigns for clinicians and the general population may help to implement strategies for case-finding in all children and reduce this inequality,” says Tata. 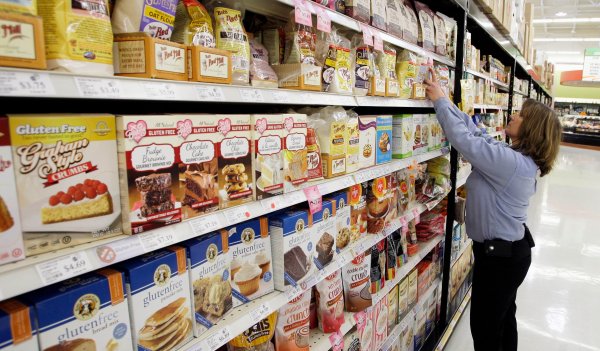 Here's What You Should Know About Going Gluten-Free
Next Up: Editor's Pick