Watch a Scientist Put 'Deflategate' Under the Microscope

By Eliana Dockterman and Francesca Trianni

New England Patriots quarterback Tom Brady is appealing his suspension over the deflategate scandal. The NFL said Monday that Brady would have to sit out of four games without pay after the league determined of 11 of the 12 balls the New England Patriots used in their AFC Championship Game win were inflated significantly below the NFL’s requirements. Both coach Bill Belichick and quarterback Tom Brady denied any wrongdoing prior to the Super Bowl game, and Brady has maintained his innocence throughout the investigation.

Science suggests that someone purposely deflated the balls.

Ainissa Ramirez, scientist and co-author of Newton’s Football: The Science Behind America’s Game, breaks down whether the cold weather could account for the footballs deflating about two pounds each, how players might take advantage of a deflated ball, and what players have done to manipulate balls in the past. 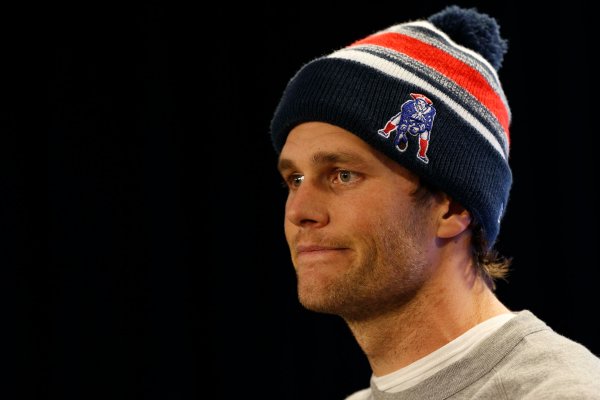 Tom Brady: I Knew Nothing
Next Up: Editor's Pick