E.U. flags are pictured outside the European Commission building in Brussels on Oct. 24, 2014.
Carl Court—Getty Images
By Rana Foroohar

Markets always love a money dump, which is why European stocks are now rallying on news that the European Central Bank will purchase 1.1 trillion worth of euro-denominated bonds between now and September 2016. Bond yields are dropping, implying less risk in the European debt markets. And the value of the euro itself is falling, which should make European exports more competitive, which could in turn bolster the European economy over all.

But let’s remember that central bank quantitative easing (QE) of the kind that Europe is now embarking on is always just a Band-Aid on economic troubles, not a solution to underlying structural issues in a country (or in this case, a region). Just as the Fed’s $4 trillion QE money dump bolstered the markets but didn’t fix the core problems in our economy—growing inequality, a high/low job market without enough work in the middle, flat wages, historically low workforce participation—so the ECB QE will excite markets for a while, but it won’t mend the problems that led Europe to need this program to begin with.

Those consist primarily of a debt crisis stemming from the lack of real political integration within the EU. Right now, Europe has a currency and an economic union that exists in a kind of fantasy land, with no underlying political unity. Until the Germans start acting more European (meaning creating a consumption society and realizing that they’ll have to do some fiscal transfers to struggling peripheral nations in exchange for the huge export benefits they get from the euro), and countries like Spain, Italy, Portugal and France start making the changes they really need (all the usual stuff—labor market reforms, cutting red tape, fighting corruption, opening up service markets), the debt crisis won’t go away.

Indeed, the challenge now is for countries is to use the breathing room that the ECB has given them to really come together over the next 18 months and make those reforms happen while committing to a truly integrated Europe. Germany should say it will unequivocally back peripheral nations financially in exchange for a promise of real reforms in those nations. (There should also be tough penalties for failure on both sides of the bargain.)

That will be tough for sure, but Europe will find itself in an even worse place come September 2016 if it doesn’t take action now. Post QE, without any real structural reform, the EU will simply have an even more bloated balance sheet, and the market will exact punishment for it. For a historical lesson on this, look to the many emerging market crises of the past where countries tried to spend themselves out of their problems without doing underlying reforms; it always ends in a stock market crash, a financial crisis, and plenty of tears.

The buck has stopped for Europe. The ECB has called policy makers’ bluff. It’s time to create a real United States of Europe to match the common currency. 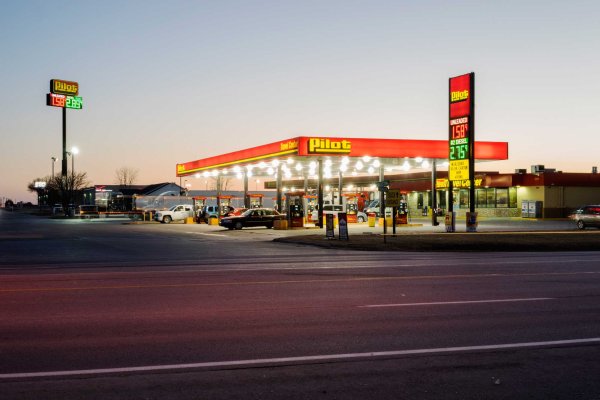 See the State With the Cheapest Gas in the U.S.
Next Up: Editor's Pick