How Not To Be an Entitled Millennial at Work

I could stand to be more chill.

But I also know that there are thousands of people like me out there who are dealing with millennials (and sure, plenty of older people, too) on the daily. And we are silently screaming inside.

Wait a minute, it sounds like we were collectively abused. Well, maybe we were. But there is, I would maintain, a scourge amongst those who haven’t experienced this level of drudgery where there is a misconception that the World Revolves Around Them.

Don’t be that guy. Or do. Whatever. It doesn’t make a difference to me. But for the few out there who keep getting the death stare from your superiors and not knowing why, the folks who can’t seem to move upward no matter how hard you try, this article is just for you. (All of these messages I use as examples are totally made up, by the way. Language was compendium-ed to protect the innocent.)

#1: Unless you are the boss, no one cares what works best for you.

The problem: “Hi Mandy, what works best for me is if you could organize all your suggestions into one email so that I don’t have to go through these different emails one by one.”

My thought that I’m probably not saying aloud because I don’t have time nor energy to deal with the consequences of the preciousness fallout of delivering the hard news about how the world works: Hi friend, what works best for me is a million dollars transferred to my bank account before noon, so here’s my routing number and checking account. Oh that’s not going to happen for me either? Well, let’s get this straight. You are here to assist me, so I’m not here to make your life easier. It’s the other way around, champ.

Exception: Is your boss disorganized and computer illiterate and just doesn’t seem to have it together overall? Fine. Different scenario I’ll get into the next point. If what’s happening is that she’s just being inefficient and you think you could help her, then let’s give her that suggestion delicately in a way that lets her know that you’re going to make her life easier. But it’s not you just wanting to wriggle out of the work of being on the lower rungs of the ladder. That’s what you signed up for. We’ve all been there, and we’ve all survived.

#2: You probably do have amazing suggestions, but if you’re delivering them in a way that is non-empathic, lacking context, and delivering attitude, you’re muddying your (I’m sure) valiant effort.

The problem: “Hey Mandy, have you ever tried Skitch or InstaQuote or Mematic or Color Cap to create some of those little memes that you make to promote things sometimes? It seems to me that you’re making things so much harder for yourself to do it in Photoshop when it seems like Photoshop is, um, challenging? For? You?”

My thought: Yeah, I didn’t grow up with an iPhone attached to my umbilical cord, dude, but guess what, I’ve read great literature so bite me. Listen, I appreciate being given great tips, but when it’s done in a condescending snotty way, it just makes me want to spend my entire life savings on Photoshop courses in order to do anything to prove you wrong, because I am petty and small and a human being with a dumb-ass ego, and sometimes I just can’t suck up your attitude, even though I probably should because your suggestions are spot-on.

What I would love to hear instead: “Hey, I found these apps and sent you an email with all the links. I think they’ll make your life easier. Check them out, and let me know if it helps.”

#3: Check your language with your superiors. Did you just ask for a favor and then when your boss says she will help you but needs to do it later, you responded, “No problem”? Don’t do this. YOU’RE ASKING FOR A FAVOR OF COURSE IT ISN’T A PROBLEM; YOUR JOB IS TO JUST STAY GRATEFUL AND ACCOMMODATING.

The problem: You write your boss, “Could you write me a recommendation?” She writes back, “Sure, I can get to it later this month.” You write back, “No problem.”

My thought: Are you serious with this? Why didn’t you just write, “Thank you so much!”? Do you know who writes, “No problem”? The Head Boss In Charge, that’s who. The person giving orders. It’s especially obnoxious because you just asked for a favor, the boss said she would do it, and you just deigned to let her know that it was “no problem” if she turned it in later? No. Don’t do that. Save the HBIC attitude when you are HBIC but right now, practice these four magical, magical words: “Thank you so much.”

Mandy Stadtmiller is a writer and the Editor-at-Large of xoJane. This article originally appeared on xoJane.com. 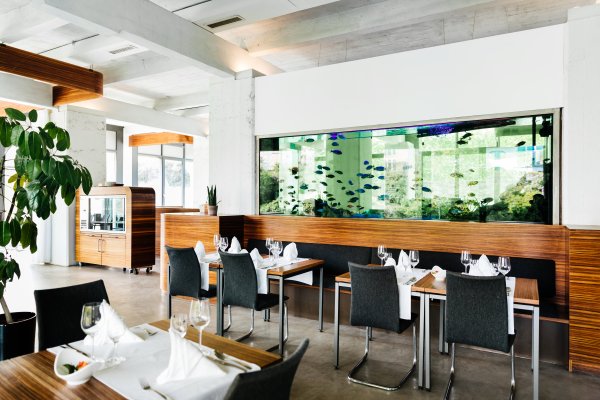