Sen. Rand Paul speaks with the news media after delivering a speech at the Detroit Economic Club on Dec. 6, 2013 in Detroit, Michigan.
Bill Pugliano—Getty Images
By Zeke J Miller

Three Republican presidential hopefuls will address a gathering affiliated with billionaire Republican mega-donors Charles and David Koch this weekend, as they look to shore up financial backing in advance of their White House bids.

Texas Sen. Ted Cruz, Kentucky Sen. Rand Paul, and Florida Sen. Marco Rubio will attend the Freedom Partners Chamber of Commerce’s inaugural “American Recovery Policy Forum” on Sunday evening at the group’s annual winter meeting in Palm Springs. The closed-door event will bring together roughly 450 top donors and business leaders, the group said, and comes as it prepares to take on a more public role in the national political debate.

The trio will share the same stage for a discussion moderated by ABC News chief White House correspondent Jonathan Karl, Freedom Partners said, with the discussion focusing on economic issues, energy, healthcare, and as well as improving the GOP’s brand and bringing its message to non-traditional audiences.

“Our members care deeply about the future of our nation and we’re honored to host some of today’s most influential and respected leaders in shaping public policy,” Freedom Partners spokesman James Davis said in a statement. “We hope that this panel will give each participant the opportunity to lay out their vision of free markets and the role of government. Our goal in 2015 is to help inform the national debate around key domestic economic issues, and this forum is the beginning of that conversation.”

POLITICO, which first broke news of the senators’ attendance last week, reported that Wisconsin Gov. Scott Walker is also set to attend the gathering, but he will not appear at the forum.

The Koch-backed free market group released a Plan for Economic Growth last week which calls for balancing the federal budget and cutting back regulations. 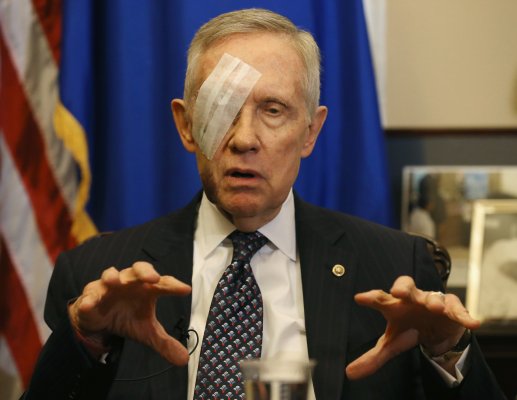 Reid Plans Return to Capitol in Two Weeks
Next Up: Editor's Pick