A sign for a McDonald's restaurant is seen in Times Square on June 9, 2014 in New York City.
Andrew Burton—Getty Images
By Victor Luckerson

The suit, filed in Virginia, alleges that a McDonald’s franchisee was acting in a racially motivated way when he fired several employees. But the workers are taking their grievances a step further by also suing McDonald’s national corporation, arguing the larger company is liable for the franchisee’s alleged actions.

The suit also comes just one month after the National Labor Relations Board took the unprecedented step of holding McDonald’s Corporation responsible as a “joint employer” for labor violations the agency says occurred at McDonald’s franchise locations. McDonalds is fighting the distinction.

Historically, national restaurant chains have been insulated from legal culpability for activities at franchised restaurants because the franchises are seen as independent businesses. This structure has been particularly useful in the last two years as fast food workers nationwide have gone on multiple one-day strikes demanding a $15 per hour living wage in coordinated, union-backed campaigns. By invoking its franchisees’ independence, McDonald’s doesn’t have to bargain with workers collectively or issue a wage increase that would affect all workers at once.

But Thursday’s lawsuit argues that McDonald’s franchises are “predominately controlled” by their corporate parent, as McDonald’s sets national policies for restaurant operations, corporate representatives oversee franchises and the national company coordinates training for all managerial employees. An operational manual issued to franchise owners specifically outlines a “zero tolerance” policy for discrimination, as well as a mandate against workplace remarks that demean individuals because of their race, sex or religion, according to the suit.

The ten workers involved in Thursday’s suit, all either black or Hispanic, claim their managers consistently addressed them in derogatory ways, calling them “ghetto,” “ratchet,” or “dirty Mexican.” Several female employees also say they were victims of sexual harassment that included being touched inappropriately and being sent unwanted explicit photos. The workers ultimately argue they were terminated from their jobs because the store owner wanted to increase the ratio of white employees to minority ones — supervisors said they needed “to get the ghetto out of the store,” according to the lawsuit.

The McDonald’s restaurants involved in the lawsuit are run by Soweva Corporation, a company owned by franchisee Michael Simon. However, Paul Smith, the plaintiffs’ legal counsel, says McDonald’s Corporation “could have put policies in place to stop what the plaintiffs endured.”

“We believe that McDonald’s Corporation controlled nearly every aspect of the store’s operations,” Smith said on a press call with reporters Thursday.

Soweva Corporation did not return a call seeking comment. In an emailed statement, a McDonald’s spokeswoman said the company had not seen the lawsuit, but planned to review it carefully.

“McDonald’s has a long-standing history of embracing the diversity of employees, independent Franchisees, customers and suppliers, and discrimination is completely inconsistent with our values,” the statement read. “McDonald’s and our independent owner-operators share a commitment to the well-being and fair treatment of all people who work in McDonald’s restaurants.”

Dave Sherwyn, a law professor at Cornell University’s School of Hotel Administration, says more cases are likely to emerge that try to hold corporate chains responsible for the actions of franchisees. “This is the tip of the iceberg,” Sherwyn says. “The next step is going to be in discrimination litigation and wage and hour litigation.” 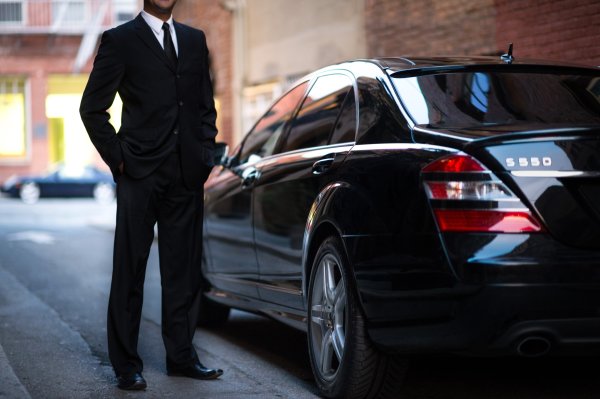 Uber Just Answered Everything You Want to Know About Your Driver
Next Up: Editor's Pick