Take a quick trip down memory lane, back to the days of the mid-90s Internet era, with this fake commercial that imagines how Facebook would have been marketed in 1995.

As you might remember from watching The Social Network, the site was originally called The Facebook, until Napster cofounder Sean Parker (played by Justin Timberlake, you go Justin Timberlake) told Mark Zuckerberg to drop the “The” and just call it “Facebook” because it would be cleaner. Well, in 1995, we’d definitely still be calling it The Facebook.

If the video seems at all familiar, that’s because it’s a direct parody of a real AOL commercial from 1995: 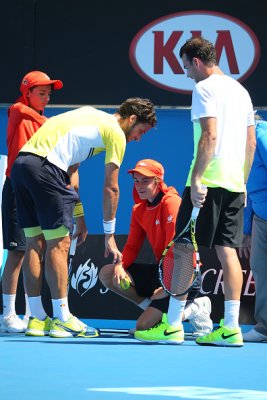 Watch a Ball Boy Get Hit Exactly Where You Think He Will
Next Up: Editor's Pick