The sons of ousted Egyptian president Hosni Mubarak, Gamal and Alaa behind the defendants' cage during their retrial at the Police Academy in Cairo in 2013.
Khaled Desouki—AFP/Getty Images
By Naina Bajekal

An Egyptian court has ordered the release of the sons of former president Hosni Mubarak, who served for thirty years before being ousted in 2011.

Mubarak, now 86, has been in detention since April 2011 and was jailed for three years last May after being convicted of fraud and embezzlement. Earlier this month, a court in Egypt overturned his convictions and those of his sons, Alaa and Gamal, ordering a retrial.

The family lawyer, Farid el-Deeb, told Reuters on Thursday that Alaa, 53, and Gamal, 51, would be released pending this retrial, since they were not being tried in any other cases. 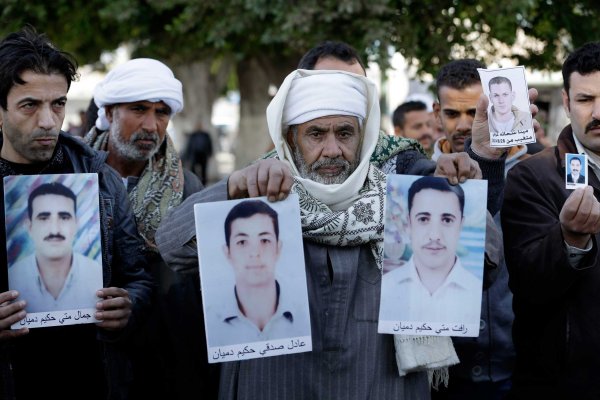 Egyptian Families Plead for Help for the Forgotten ISIS Hostages
Next Up: Editor's Pick