Think it’s easy to predict where oil will go? Consider what the very bright analysts at the IMF concluded last October when they took stock of where the global oil industry was headed: they warned the world about the risks of rising crude prices. The IMF estimated that oil prices could rise by as much as 20% over the course of a year, should the militants of ISIS manage to push farther into Iraq and seize the country’s valuable oil wells. The negative effects, the IMF concluded, could be enough to knock up to 1.5% off global growth.

At least not for now. The long-term impacts of cheap oil depend on whether prices stay depressed for years or just months. Goldman Sachs–which notoriously projected in 2008 that oil could eventually hit $200 a barrel–slashed its forecasts to $50.40 for 2015 and $70 for 2016. Some traders have even bet that oil could go as low as $20 a barrel by June–a level not seen since shortly after the Sept. 11, 2001, attacks.

Economics 101 would suggest that ultra-low prices should induce greater consumption, but aside from the U.S.–where fuel consumption rose 7.1% year over year in the four weeks leading up to Jan. 9–that hasn’t really happened. The same IMF that warned of the negative effects of a sudden oil-price rise in October has now cut its forecast for global economic growth by 0.3%, even though oil is cheaper than it’s been for nearly six years. There’s too much crude on the international market–global oil inventories grew by almost 800,000 barrels a day last year–and not enough takers.

As the country with the world’s biggest spare capacity–the amount of dormant oil production that can be turned on like a tap–Saudi Arabia could single-handedly reverse the price slide by cutting production. It’s done so in the past, most recently after oil crashed following the 2008 global financial crisis.

But in November Saudi Arabia and its partners in the OPEC cartel did something different, keeping production steady at around 30 million barrels a day. It’s not certain why. Riyadh might want to rein in troublesome regimes like Iran and Russia, which are less able to endure low prices, while undercutting new production in countries outside OPEC. (It costs just a few dollars to extract oil in Saudi Arabia, far less than the price of fracking for oil in Texas or drilling ultra-deep wells off Brazil’s coast.) “It is not in the interest of OPEC producers to cut their production, whatever the price is,” Saudi Oil Minister Ali al-Naimi said at the end of December. As for $100-a-barrel oil–what seemed like the new normal as recently as a year ago–al-Naimi said “we may not” see it again.

Those were startling words; the International Energy Agency called it a “milestone in the history of oil.” After all, OPEC is a cartel, and the whole point of a cartel is to control prices for the benefit of producers. But a cartel requires a virtual monopoly, and for OPEC, that’s increasingly no longer the case. OPEC production barely changed from 2013 to 2014, but non-OPEC countries, including the U.S., added 2 million barrels a day, which happens to be about the size of the global oil glut.

Right now those suddenly cash-tight oil companies are responding to low prices by cutting back on new exploration and drilling, so production growth will eventually slow. In the medium term, cheap oil could be with us for some time. That will be great for farmers, for example–modern agriculture is incredibly energy-intensive, even more so than manufacturing. And developing nations like Indonesia and Egypt can use low prices as an opportunity to finally phase out ruinously expensive fuel subsidies in favor of better development spending.

But cheap oil, like cheap food, isn’t good for the planet over the long term. Already Americans are responding to $2-a-gallon gas by buying more big trucks, while sales of hybrid cars are down. Stocks of solar companies have fallen in tandem with oil, as inexpensive crude undermines some of the economic rationale for switching to renewables. Most of all, though, cheap crude will just keep people addicted. Petroleum accounts for 36% of energy-related carbon dioxide emissions–emissions that helped make 2014 the warmest year on record. We can’t predict where the price of oil is headed. But the price of continuing to burn it keeps getting clearer. 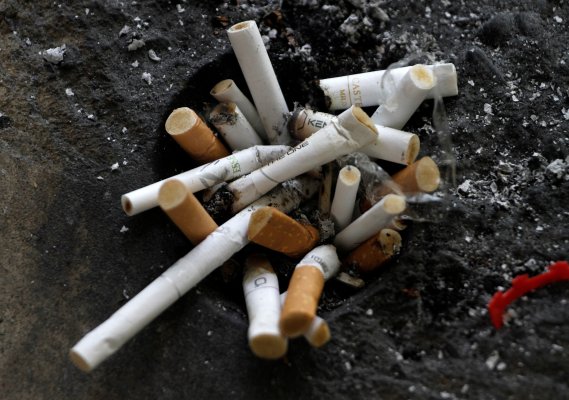