American lawyers for a woman who claims to have been trafficked for sex with Prince Andrew, the Duke of York, have asked Queen Elizabeth’s second son to answer the charges in an interview under oath.

Lawyers Paul Cassell and Bradley Edwards, who represent a woman who alleges she was kept as an underage “sex slave” by convicted sex offender Jeffrey Epstein, sent the formal request on Jan. 14 through their own attorney. In it, they ask to discuss what happened “at the time … and shortly thereafter” a widely circulated photo from 2001 was taken. The photograph shows Prince Andrew with his arm wrapped around the bare midriff of Virginia Roberts, the self-described “sex slave,” who is identified in court documents as Jane Doe No. 3.

Epstein, a financier who has recently split his time between New York and Palm Beach, Fla., settled the criminal case against him in 2008 by cutting a deal with federal prosecutors. He pleaded guilty to two Florida state crimes, registered as a sex offender, served a short jail term and agreed to assist financially his alleged victims in filing civil lawsuits against him. The case has been kept alive since then through those civil cases, and through a federal lawsuit by Cassell and Edwards that alleges the prosecutors violated the victims’ rights in their handling of the case.

The newest documents, filed Wednesday in federal court in the Southern District of Florida, reveal further details about the allegations in the tangled legal case. In one new filing, Roberts says that she has not disclosed all the information that she has about sexual encounters she claims to have had with other powerful men, including politicians, because she is “very fearful of these men.” But she adds, “If a judge wants me to present my information in more detail, including more specific descriptions of the sexual activities with the men Epstein sent me to, I could do so.”

At a separate point in the document, Roberts clarifies past statements about her alleged encounters with former President Bill Clinton at a Caribbean retreat owned by Epstein. “Bill Clinton was present on the island at the time I was also present on the island, but I have never had sexual relations with Clinton, nor have I ever claimed to have had such relations,” she says in the document. “I have never seen him have sexual relations with anyone.”

Edwards, one of the attorneys for Roberts, says in another filing that he previously sought to depose Clinton about his knowledge of illegal activity by Epstein and his accomplices. “The flight logs showed Clinton traveling on Epstein’s plane on numerous occasions between 2002 and 2005,” Edwards writes.

In her own sworn statement, Roberts repeats the claim that she was forced into sexual encounters with both Prince Andrew and Harvard Law School professor Alan Dershowitz, a friend and attorney for Epstein. Buckingham Palace has denied that Prince Andrew had “any form of sexual contact or relationship” with the woman, saying in a previously released statement that her claims are “categorically untrue.” Dershowitz also denied the claims, and has filed legal actions against Cassell and Edwards for allowing the accusations to show up in legal filings, prompting Cassell and Edwards to countersue Dershowitz for defamation. A representative for Epstein has dismissed Roberts’ claims as old and discredited.

In her affidavit, Roberts says, “I have seen Buckingham Palace’s recent ’emphatic’ denial that Prince Andrew had sexual contact with me. That denial is false and hurtful to me. I did have sexual contact with him as I have described here — under oath.”

She asked that the Prince “simply voluntarily tell the truth about everything” and agree to be interviewed by her lawyers under oath. 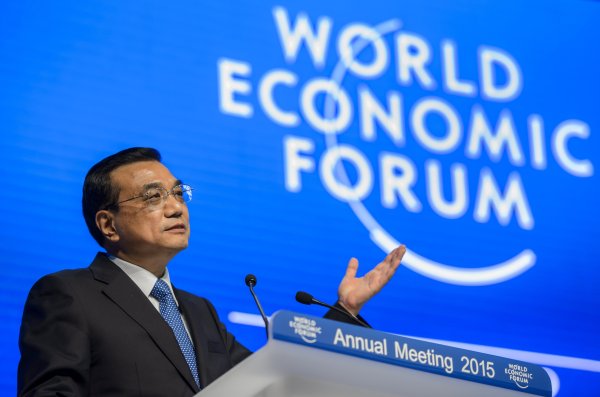 Thought Leaders at Davos See Opportunities in 2015
Next Up: Editor's Pick