Country music artists are notoriously patriotic, so it should come as no surprise that they don’t take kindly to insults to the military. Just ask Blake Shelton, Craig Morgan and Charlie Daniels.

After actor Seth Rogen compared the film American Sniper – which tells the story of Chris Kyle, widely regarded as the deadliest sniper in U.S. history, to a scene in Quentin Tarantino’s Inglourious Basterds where a German sniper kills allied soldiers – Morgan, a 10-year Army veteran, lashed out.

“This is in response to the comments made by Seth Rogen in a recent tweet. I am sure he doesn’t care and normally I don’t comment on such statements however, this time I am,” Morgan wrote on Facebook. “Seth Rogen you don’t know me nor did you know Chris Kyle (who was a Great American). I would be interested to know if you have a relationship with any American who served honorably in its military … You are fortunate to enjoy the privilege and freedom of working in and living in the United States, and saying whatever you want (regardless of how ignorant the statement) thanks to people like Chris Kyle who serve in the United States military. Your statement is inaccurate and insensitive to Chris and his family.”

Rogen later clarified his remarks, posting, “I wasn’t comparing the two. Big difference between comparing and reminding. Apples remind me of oranges. Can’t compare them, though. I just said something ‘kinda reminded’ me of something else. I actually liked American Sniper. It just reminded me of the Tarantino scene.”

And after director Michael Moore stated that snipers were cowards on his Twitter feed, Daniels responded by Tweeting a photo of himself performing for the troops along with the message, “Hey Michael Moore These are the guys who defend the right for you to say the stupid things U say U might say thanks.”

Meanwhile, Shelton weighed in with his thoughts on the negativity surrounding American Sniper. “Sickens me to see celebrities or anybody slam the very people who protect their right to talk s—. #truecowards,” tweeted Shelton. 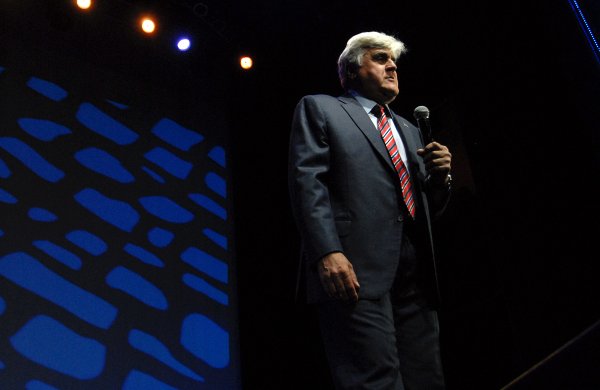 Jay Leno on Bill Cosby: Why Is It 'So Hard' to Believe Women?
Next Up: Editor's Pick