Jay Leno on Bill Cosby: Why Is It 'So Hard' to Believe Women?

Jay Leno made his stance on the sexual assault allegations against fellow comedian Bill Cosby pretty clear on Wednesday.

“I don’t know why it’s so hard to believe women,” the former Tonight Show host said at the annual NATPE conference in Miami, Variety reports. “You to go Saudi Arabia and you need two women to testify against a man. Here you need 25.”

Leno then remarked about how the most recent accusations against Cosby began getting traction after a video of comedian Hannibal Buress calling Cosby a rapist during a standup routine went viral. “On any other media that would have been edited,” he said. “People are getting news unfiltered now.”

Cosby’s legal team has repeatedly denied allegations from more than 15 women that the former Cosby Show star, 77, drugged or sexually assaulted them. He has not been charged with a crime related to any of the accusations. 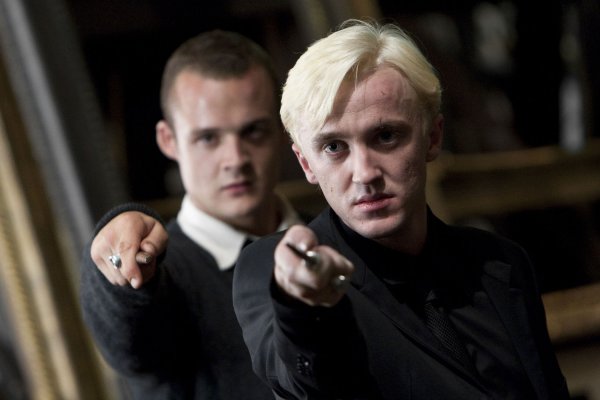 The Harry Potter Actor Who Played Malfoy Is Seriously Bummed He Was Sorted Into Gryffindor
Next Up: Editor's Pick