Egyptian Families Plead for Help for the Forgotten ISIS Hostages

Coptic Christian men whose relatives were abducted in Libya, hold their photos in front of the foreign ministry in Cairo, Jan. 19, 2015.
Hassan Ammar—AP
By Jared Malsin/Cairo

The seven Egyptian men headed east by car from the Libyan city of Sirte on Dec. 29, starting the long drive back to Egypt. On the outskirts of the city, located on the Mediterranean coast, armed men stopped the vehicle. Several of the men called their families back home. “We’re kidnapped,” one told his uncle.

“The call lasted just 10 seconds,” said Bebawi Elham Welson, whose brother Samail Elham Welson was among those abducted. Samail had spent 18 months working as a plumber in Libya. For three months he had hoped to return to Egypt, but he feared the journey. “He told us, ‘the road is dangerous. When I know the road is in good condition I’ll come back,’” his brother said in an interview in Cairo.

Welson believes Samail is among a group of 21 Egyptian Coptic Christians whose abduction was claimed by the Libya branch of the militant group Islamic State of Iraq and Greater Syria (ISIS), which controls much of eastern Syria and overran much of northwestern Iraq last year. ISIS’ Libya branch released the hostages’ photos, along with a claim of responsibility for their abduction, earlier this month. The family, which lives 150 miles south of Cairo in Minya, says it has not been contacted by the kidnappers.

Unlike ISIS’ foreign hostages in Iraq and Syria, the captured Egyptians have not been paraded on television in orange jumpsuits. Their ordeal has received only a small fraction of the media attention given to the two Japanese captives who ISIS is currently threatening with death. Their abduction underscores Libya’s unpredictable conflict that threatens to draw in nearby states.

The kidnapping of Egyptians in two separate incidents in December and January adds to an escalating crisis in Egypt’s relationship with its fragile neighbor, which last year descended into an internal conflict between two rival governments and their allied militias. For Egypt, the abductions represent another dilemma resulting from the disintegration of the Libyan state three and a half years after an armed uprising toppled the regime of longtime dictator Muammar Gaddafi.

The recent kidnappings took place in two separate incidents. After the seven men were abducted on the road on Dec. 29, another 13 Egyptians were grabbed by armed, masked men from their house in Sirte. An Egyptian man who survived the raid, Aziz Hanna, said the attackers examined the Egyptians’ identification papers, then seized the Christians, while the Muslims went free. Hanna told journalists at a news conference in Cairoon Monday that while one of his nephews was kidnapped, he avoided abduction by hiding in his room during the attack and later fleeing Libya with the help of local acquaintances.

Egyptian citizens and interests have been targeted repeatedly in the chaotic fighting between factions in Libya. In January 2014, five Egyptian embassy staffers were snatched in the capital Tripoli following Egypt’s arrest of a Libyan militia leader. They were later released, the militia leader freed. Last November, a car bomb exploded at the Egyptian embassy in the city. Egyptian Coptic Christians have especially suffered. In December, gunmen killed two Coptic doctors and their teenage daughter in Sirte. In 2012, a Coptic church in the city of Benghazi was set on fire.

Libya’s internationally-recognized government, based in the eastern city of Tobruk, is locked in conflict with a rival government in Tripoli. Militias allied to the Tripoli government accuse Egypt of supporting the Tobruk side. The Egyptian government denies military involvement, but Western officials and experts have confirmed Egypt has allowed its air bases to be used for air strikes over the border.

Amid the chaos, a militia in Libya’s eastern city of Derna proclaimed allegiance to ISIS last year. The declaration prompted international concern about the collapse of the country’s central authority, but unlike ISIS in Iraq and Syria, the group does not control significant chunks of territory.

Complicating the issue for Egyptian authorities is the number of their citizens living in Libya: as many as 1.5 million, according to recent figures reported by the International Organization for Migration. Many of those have sought to escape the violence. In one period of two weeks in March 2011, the agency reported that 135,000 Egyptians left Libya.

The families of the abducted men say they have received little information from both the kidnappers and authorities. “It came suddenly. The evidence was that the area was safe and there was no danger,” said Mina Ramsis Najib, 27, whose two nephews were among the group of seven taken from the vehicle leaving Sirte. Laga, 27, and Samir, 23, had been working as painters and planned to return to Libya after spending time in Egypt. “There have been no new developments,” he said.

Relatives of the abducted are unhappy with what they say is an inadequate response from the Egyptian government. At a news conference in Cairo, loved ones said the Ministry of Foreign Affairs had confirmed that the men were alive and pledged to help the victims, but offered few specifics. One family said it had been told not to speak to the media.

“We have a lack of information from our side, from the government,” said Mina Thabet a researcher at the Egyptian Commission for Rights and Freedoms, a local rights group, who interviewed several of the families and survivors of past kidnappings. “The Ministry of Foreign Affairs just makes statements. They say ‘We’re trying to do our best. We’re communicating with the Libyan authorities.’ They never give us solutions.”

A ministry spokesman, Badr Abdelatty, did not return calls and messages seeking comment on the abductions. Abdelatty previously confirmed to journalists that 20 Egyptians had been kidnapped in Libya in two separate incidents.

Though the ordeal of the hostages’ ordeal is ongoing, and their families are to urging the authorities to pay more attention to their plight. Welson said, “I want the officials to realize they’re wrong. They’re wrong. One minute they’re with us. The next minute they turn their backs on us.” 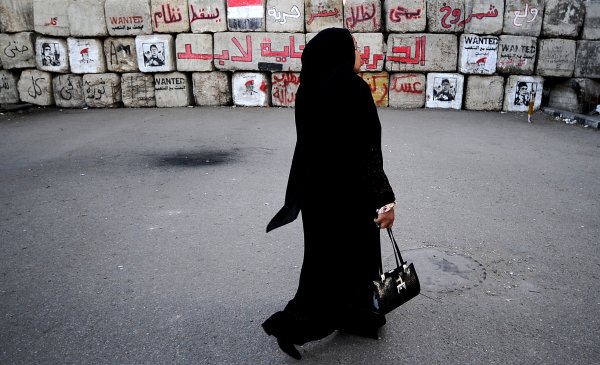