Parents May Be Able to Lower Kids' Autism Risk

Autism experts still disagree over a lot of things about the developmental disorder, but there is one idea that unites most of them — that the earlier the condition can be diagnosed, and the sooner interventions, from medications to behavioral therapies, can be tried, the more likely that child will be to develop normally.

The latest research, published Wednesday in the journal Lancet Psychiatry, pushes this idea even further by intervening with one of the youngest group of babies yet — those who are 7 months to 10 months old. Jonathan Green from the University of Manchester, in England, and his colleagues say that teaching parents to get more in tune with the signals coming from infants who are at high risk of developing autism can change their babies’ behavior and shift them toward a pattern of more normal development.

The scientists focused on a group of 54 families with at least one autistic child. About 20% of siblings of autistic children end up developing the disorder themselves, so Green and his team randomly assigned parents of these babies to either receive a new parent-training program or to get no additional intervention at all. While previous studies have also looked at such parenting programs, most have focused on toddlers once they have been diagnosed with autism, which generally occurs around age 3.

During the training sessions, which occurred over five months, a therapist visited the home and videotaped parents interacting with their infants and then analyzed the behaviors. Rather than assuming the babies would make sounds or fidget if they wanted something, parents were asked to pay close attention to the signs their infants were providing, and find ways to recognize and respond to them so the babies would be more likely to engage and interact with their parents rather than turn away. After at least six such sessions, the infants of parents who did this showed improvements in their ability to pay attention, as well as better flexibility in shifting their attention from one object to another. Presumably the plasticity, or flexibility of the developing brain, especially in the first year of life, is making it possible to redirect some of the processes that may be veering toward autism.

MORE: How Brain Waves May Be the Clue to Diagnosing Autism

“Taken together, we think all of these improvements across different areas of measurement suggest that we improved risk markers for autism at this age,” Green said during a news conference discussing the findings. “Therefore logically we can say that we potentially lowered the risk of later autism development in these infants. At this point we think the results are promising.”

He stressed that the babies have not been tested yet for autism, which will occur when they are around 3 years old, but that the changes he and his team saw strongly suggest that the path to autism may have been interrupted, or at least suppressed in some way. “What we hope is to eventually demonstrate that by changing something critical in the environment, that we can push the organic brain-development process, the neurocognitive process, back on a typical trajectory,” says Tony Charman, a professor of psychology at King’s College London and one of the co-authors. “That’s the theoretical hope.”

The findings aren’t the first to show that intervening at such an early age with high-risk babies can potentially lower their chances of developing autism. In 2014, researchers at the University of California, Davis, tested an intensive parenting model in which parents engaged in intensive, focused play with their infants who were 6 months old, and achieved similarly encouraging results. In that study, the infants even showed brain changes that suggested their cognitive processes were normalizing to look more like those of children unaffected by autism. In Green’s study, they also saw evidence that the infants’ ability to shift attention improved after the parenting sessions to look more like those at low risk of developing autism.

Green said that the findings need to be repeated with dozens more families, but he’s encouraged by the initial success. “These parents need to have enhanced skills to deal with some of the biological vulnerability they are faced with in their children,” he said. “There are great advantages to parent-mediated interventions of this kind; once the parents are skilled up in this way, the therapy can go on 24-7 at home. It’s important to intervene throughout childhood.” 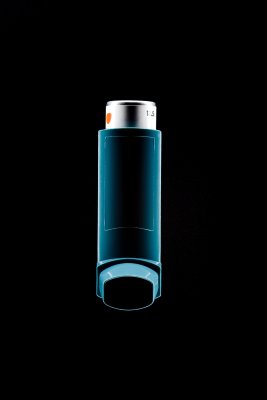 Study Questions Link Between Asthma and City Living
Next Up: Editor's Pick