A portrait of Andrew Jackson, circa 1830
Popperfoto / Getty Images
By Jennifer Latson

On this day, Jan. 30, 180 years ago, Andrew Jackson became the first U.S. president to bring a cane to a gunfight — and win.

Jackson was leaving a congressional funeral in the Capitol building when he became the target of the first known assassination attempt on an American president. An unemployed house painter, Richard Lawrence, pulled out a pistol and fired, just a few paces from the president. When that gun misfired, he pulled out a second, which also misfired.

Jackson, meanwhile, charged at the would-be assassin with his hickory cane. At 67, the president was frail from a variety of illnesses and injuries, but he found the strength to beat Lawrence viciously, reportedly yelling “Let me alone! Let me alone! I know where this came from,” according to the Library of Congress.

Although Jackson believed the assassination attempt was the result of a Whig conspiracy against him, Lawrence turned out to be a mentally ill man, acting alone. He believed, among other things, that he was Richard III, that Jackson had killed his father, and that Jackson was withholding his rightful fortune, which would allow him to reclaim the British throne.

At his trial, Lawrence dressed royally, in a shooting jacket and cravat, and proclaimed himself above the proceedings. When the jury was given instructions in pronouncing their judgment, Lawrence interrupted, telling them, “It is for me, gentlemen, to pass upon you, and not you upon me.” He was found not guilty by reason of insanity, and spent the rest of his life in asylums.

While Lawrence’s mind was found to be defective, his pistols were not. When the Smithsonian Institution conducted tests nearly a century later, both fired on the first try. Historians could only surmise that the dampness of the day had contributed to their misfiring, although the odds that both would misfire was estimated to be about 1 in 125,000. Jackson later credited divine providence with intervening on his behalf, although in the moment he seemed to have more faith in the intervention of a heavy stick.

It wasn’t the first time that Jackson had cheated death, of course. Nicknamed “Old Hickory” for his toughness in the War of 1812, he had vanquished innumerable attempts on his life, both internal and external.

As TIME reported in 1949, Old Hickory suffered from nearly every physical ailment imaginable: smallpox, osteomyelitis, malaria, dysentery, rheumatism, dropsy, “cholera morbus” (widespread intestinal inflammation), amyloidosis (a waxy degeneration of body tissues) and bronchiectasis (inflamed and dilated bronchial tubes). These ailments, in addition to the lingering effects of injuries sustained in duels, one of which left a bullet permanently lodged in his lungs, meant that Jackson began his presidential term “racked with pain, fainting from weakness,” per TIME.

The story quotes a historian on Jackson’s astonishing indestructibility: “No structure ever endured under greater handicaps than the frame that supported the brain of the astonishing, the determined, the invincible gentleman from Tennessee.”

Read a 1975 report on the history of Presidential security, here in the TIME archives: Protecting the President 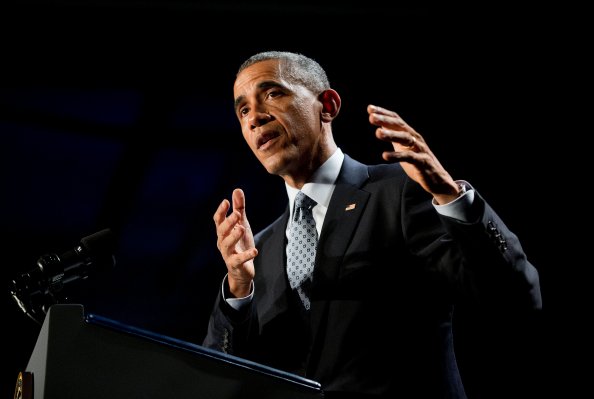 Obama to Request $1 Billion for Central America
Next Up: Editor's Pick