Go Nuts With These 7 Cute Videos for Squirrel Appreciation Day

One of life’s greatest ironies is that Squirrel Appreciation Day comes in the dead of winter when many squirrels are hibernating, which makes them harder to appreciate (but easier to juggle). Luckily we live in the age of the Internet and we can appreciate their adorable antics any time we want.

In honor of Squirrel Appreciation Day and the world’s fuzzy, nut-loving little friends, here are some of the funniest squirrel videos around:

While human children think merry-go-rounds are a blast, this squirrel has given up on his dream of resuming his normal life:

This squirrel is doing an impression of anyone who made the grave error of signing up for a pole dancing class:

This squirrel is either having a blast—or regretting ever decision it’s ever made to get to this point in its life:

Here’s a flying squirrel who mistook a bird feeder for an all-you-can-eat Sizzler buffet:

This squirrel ate some fermented pumpkins, which is basically a squirrel kegger:

Here’s a water-skiing squirrel, who has more skills than animals with opposable thumbs:

It’s hard to say who is more confused in this video—the Bernese Mountain dog or the squirrel trying to bury his nut in the dog’s fur: 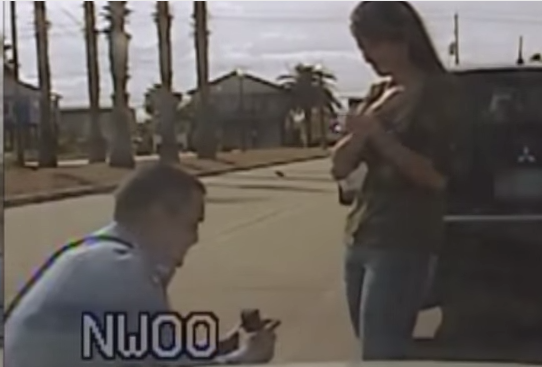 Watch Police Pull Over a Woman So an Officer Could Propose to Her
Next Up: Editor's Pick