Larry Wilmore isn’t holding back. In the second episode of The Nightly Show, the Comedy Central series that occupies The Colbert Report’s former time slot, the former Daily Show correspondent let loose on a controversial topic.

“We’re talking Cosby,” Wilmore said during the opening of his show. “We’ll answer the question ‘Did he do it?’ The answer is yes.”

Wilmore devoted the beginning of his episode to taunting Cosby apologists who say the comedian isn’t guilty of sexual assault despite claims by numerous of women. After playing clips in which people say things like “There’s no witnesses! Not even a Polaroid!” Wilmore wondered why people are hesitant to trust the more-than-dozen women who have come forward.

“Is it just because they’re women?” Wilmore asks, hitting the nail on the head. “Because I would say enough have come forward. The current tally stands at 35 women. How many more do we need? That’s like if Bill Cosby drugged and raped every U.S. President from George Washington to John. F Kennedy.”

Wilmore did give the other perspective some airtime.

Most Popular on TIME
1
Scientists: WHO Is Wrong About Airborne COVID-19 Spread
2
States Sue Department of Education Over Relief Funds
3
AIDS Patient Shows No Sign of Virus After Experimental Drug 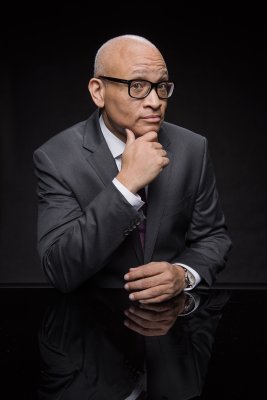