Aaron Rodgers of the Green Bay Packers looks up at the scoreboard during the fourth quarter of the 2015 NFC Championship game against the Seattle Seahawks at CenturyLink Field on Jan. 18, 2015 in Seattle.
Christian Petersen—Getty Images
By Mike Fiammetta / Sports Illustrated

Responding to listener questions on his weekly radio show on Tuesday, Green Bay Packers quarterback Aaron Rodgers said that he doesn’t think God cares about the outcomes of football games.

Speaking with ESPN Wisconsin’s Jason Wilde, Rodgers discussed the aftermath of the Packers’ NFC Championship Game loss to the Seattle Seahawks on Sunday.

The Seahawks overcame a 16-0 first-half deficit and a 19-7 Packers lead in the fourth quarter before defeating Green Bay in overtime, 28-22.

In a segment where Rodgers responds to questions from fans, Wilde read a question that asked if the outcomes of football games have an impact on Rodgers’ faith.

Rodgers’ comments provided contrast to those from Seahawks quarterback Russell Wilson, who credited God for Seattle’s come-from-behind win to MMQB.com’s Peter King after that game.

Rodgers was not asked about Wilson’s response. 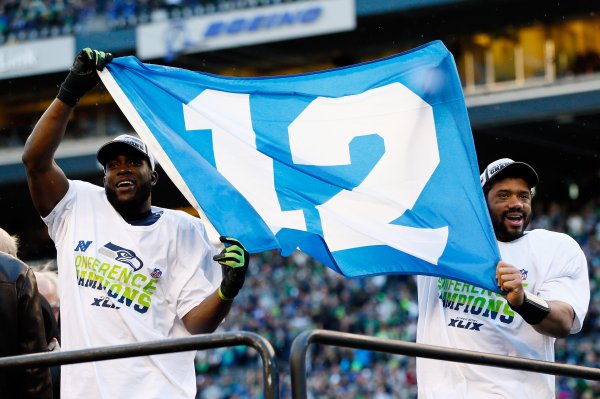 NBC to Stream Super Bowl Online
Next Up: Editor's Pick