Katy Perry is definitely bracing for some game day nerves.

In an interview for ESPN The Magazine‘s music issue, the pop star said even she has some jitters about headlining the Super Bowl half-time stage on Feb. 1.

“Honestly? I feel like I’ve outdreamt my dream,” she said. “I don’t get nervous about much, but I’ll definitely be a little tingly inside that day.”

Perry shares the cover with Texans defensive end J.J. Watt, who seems a little jealous she gets to take the field.

“She’s playing in a bigger game than I’ve ever gotten to play in,” the footballer said. “I’m hoping to someday be in those shoes.”

We can’t blame the pop queen for being a little nervous. Last year, Bruno Marstook center stage in front of 115 million viewers during the half-time gig.

If the tingle gets a little too intense, Perry can always turn to veteran rocker Lenny Kravitz, who will be joining her onstage, for advice.

Fellow songstress Idina Menzel may also be battling butterflies before kick-off, as the Frozen star will be performing the National Anthem. 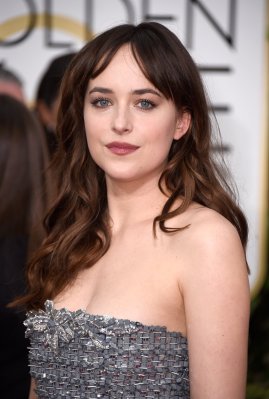 Dakota Johnson of Fifty ShadesSays Fame Is 'Really Scary'
Next Up: Editor's Pick