In less than a month, Johnson (the daughter of Melanie Griffith and Don Johnson) will star in one of the most-hyped movies of the year, which will put her right in the spotlight’s glare — a place she’s not sure she’s prepared for.

“I think about my dwindling anonymity,” she said in Vogue‘s February issue. “And that’s really scary because a very large part of me would be perfectly happy living on a ranch in Colorado and having babies and chickens and horses, which I will do anyway.”

With fame comes major perks, though, especially in the fashion world. For the star, that just means getting to hang out with one of her friends, stylist Kate Young. “We’re buddies — we like to hang out — and we come up with cool stuff together,” Johnson shared. Johnson is also close with British designer Stella McCartney, who Johnson refers to as “very special” for her “no bullshit, very straightforward — and kind” attitude. 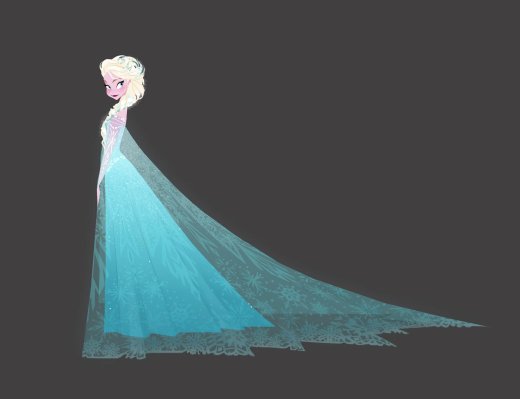 See the Original Concept Art for Frozen
Next Up: Editor's Pick