A manatee named Buffett has his money on the Broncos.
Mote Marine Laboratory
By Samantha Grossman

Who will reign supreme at this year’s Super Bowl, the Seattle Seahawks or the Denver Broncos? Sure, you could look at things like team statistics and try to sound smart with some fancy analysis, but it’s way more fun to to rely on clairvoyant animals who’ve offered up their predictions. Here’s a look at eight animals who’ve shared their visions — and a running tally of their picks.

For the past six years, a Utah ape named Eli has correctly envisioned who will win the Super Bowl. This year, he made his decision with confidence by swiftly knocking over a helmet bearing the Seahawks logo.

Teddy the porcupine is known for being cute and also for correctly predicting the Super Bowl champions for the past two years. This time around, Teddy says Seattle all the way.

Jimmy Fallon decided to ask some cuddly canines to cast their predictions on Late Night. He placed two bowls of food — one representing each team — on the ground, and two of the pups lunged toward the Broncos bowl. (The others refused to make a prediction either way.)

A “clairvoyant” manatee named Buffett, who has correctly predicted the winner for the past six years, has spoken again. He’s been trained to swim toward one of two targets marked with either team’s logo. This year, he went straight for Denver.

An aquarium in Connecticut enlisted the help of a harbor seal named Orange to predict the winner. The staff threw two footballs, each tied with either team’s colors, into her tank and waited for her to retrieve one as her pick. Two out of three times, she went with the Broncos.

At the Memphis Zoo, a very adorable panda was placed beneath a Broncos flag and a Seahawks flag. He quickly chose Denver’s blue and orange standard, and then proceeded to roll around wrapped up in the flag, so he seems especially confident.

An oracular octopus named Pepper has gazed into his crystal ball. He was given two helmets and, after pondering for 45 minutes, eventually settled on the one representing Denver.

Fred the Psychic Bunny, born in Los Angeles and rescued at an animal shelter, began playing with tarot cards when he was six months old. He used a special set of cards to make his Super Bowl prediction, opting for the Seahawks. However, we should note that he incorrectly chose the 49ers last year.

So there you have it. Based on this very scientific methodology, the Broncos are in it to win it. But remember: anything can happen. 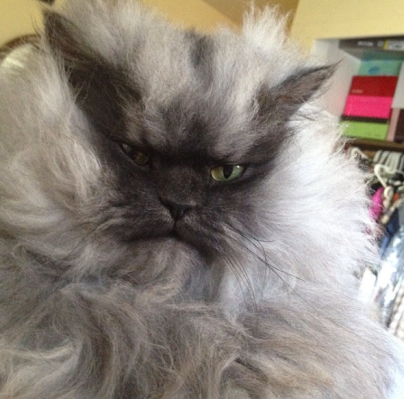