Justin Bieber Will Be Roasted on Comedy Central

“Justin has been asking us for a few years to roast him, and we just kept telling him to go create more source material first. We’re thrilled he listened,” Kent Alterman of Comedy Central said in a statement. In a remarkably similar choice of words, Bieber tweeted out the news:

The fact that Bieber was tasked with creating more “source material” for the roast, does raise the specter of whether all of Bieber’s behavior (beef! drag races! spankings! drugs! monkeys!) has just been part of his effort to give Comedy Central the source material they were seeking. Perhaps Bieber is displaying Andy Kaufman levels of commitment to the task.

Over the weekend, he proved he could take a joke after he tweeted “Well played. LOL.” in response to the send-up of his new Calvin Klein ads by Saturday Night Live actresses Kate McKinnon (as the pop star) and Cecily Strong (as the female model). 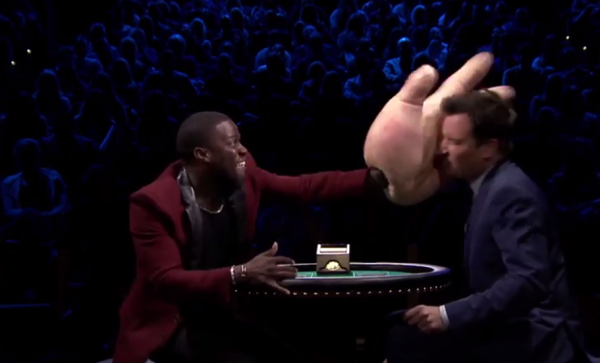 Watch Kevin Hart and Jimmy Fallon Slap Each Other Silly
Next Up: Editor's Pick