Tourists Are Reporting a Dramatic Surge in Harassment by Thai Police

Mastercard’s 2014 Global Destination Cities Index recently ranked Bangkok as the second most visited destination in the world after London. Spend a few days this hedonistic metropolis and you’ll soon understand why, for it offers an almost unbeatable mix of culture, edgy nightlife, cheap shopping, comfortable hotels, warm weather and — who can say no? — Thai cuisine.

But since the May 22 coup d’état that saw the ouster of a democratically elected government and martial law declared across the country, many tourists and expatriates in Bangkok have fallen prey to a criminal practice. The victims have little recourse when reporting incidents to the police, because the perpetrators are police officers.

“If you go to Sukhumvit Road, you can see the police looking for tourists who are smoking or drop a cigarette butt, then they ask them for their passport and make them pay 2,000 baht [just over $60]. I see this happening all the time,” says anticorruption politician Chuwit Kamolvisit.

“[And] when the tourists come out of Soi Cowboy [a notorious red-light area], the police ask them if they’ve had drugs and then make them do a pee test on the side of the road. If they don’t want to do the pee test, they have to pay 20,000 baht [about $610].”

Being a former brothel owner, Chuwit’s word isn’t exactly gospel in Thailand. But his claims are apparently corroborated by dozens if not hundreds of first-person reports in the form of local newspaper articles, complaints to embassies, blogs and social-media postings. Some believe that the coup, by disrupting traditional avenues for corruption, has forced aberrant police officers to look for new targets.

The Twitter feed of Joe Cummings, the former Lonely Planet author who practically ​put Thailand on the backpacker map, is riddled with stories detailing police harassment and extortion. “Random police searches of foreigners in BKK is getting bad,” reads a typical entry dated Dec. 6. “Many reports of innocent tourists forced to pay bribes.”

Then there’s this scathing letter to the editor by tourist Reese Walker published Nov. 29 in the Bangkok Post: “Stopped, frisked and searched. When we asked what reason was for the search, police simply laughed at us. The police even asked my fiance to perform a urine test on the side of the road … [We] won’t be recommending other people to visit Thailand based on two frightening incidents of what we believe to be racial profiling.”

Walker’s letter gives me a real sense of déjà vu because when I was assignment in Bangkok last month, I too became the victim of a police shakedown.

It was Christmas Eve and I was at the upstairs area of a terrace bar in the Silom Road area having a late-night drink. At around 2 a.m. I called it a night and descended to the ground floor. There I saw half a dozen police officers searching the premises and interrogating the bartender, who was handcuffed on a chair. An officer detained me straight away. “What’s going on?” I asked, identifying myself as a journalist.

He made a menacing fist at me, which convinced me to pipe down.

About 15 minutes later, another police officer produced a bag of white powder, shook it near my face and accused me of buying it. I emphatically denied the claim. Meanwhile, other police officers began helping themselves to drinks from the bar. When the bartender protested, they kicked him in the shins.

Eventually, a police officer took me outside where a Thai woman told me if I paid the equivalent of $15,200, I would be released. I told her I hadn’t done anything and would not pay a cent. I was taken back inside, where officers had now detained another four Westerners present at the bar. They then took all five of us in taxis to a nearby police station without a word of explanation.

Over the next four hours we were individually forced to undergo urine tests for drugs, during which a policeman standing guard in the lavatory taunted me by saying, “You cocaine.” Images from popular books and a TV series on the notorious Bangkwang Central Prison penitentiary, the so-called Bangkok Hilton, flashed through my mind.

Next we were taken to a media room with powerful fluorescent lights. Exhausted and disheveled, having not slept the entire night, and with our urine samples lined in front of us, we were photographed in a setting that made us look guilty as sin.

Some time after dawn we were presented with a typed document — in Thai — and told to sign it. At this, I drew a line and demanded to speak with the Australian embassy. Only then did our tormentors back down, casually informing us we’d all passed our drug tests and would be released — if only we signed on the dotted line. I did so, but I also scribbled, “This is not my signature” on the document before walking back onto the steamy streets of Bangkok at 8 a.m. on Christmas Day, traumatized but elated to be free.

During my detention, I identified myself as a journalist many times and asked for an explanation. None was given to me. After my release, I wrote to the official email address of the Thai police, but it bounced back. I copied half a dozen other government agencies, including the Australian embassy in Bangkok, which is supposed to have a police-liaison unit, but the only reply I got was from the Tourism Authority of Thailand, which said the following:

One would think that would be the case. Tourism receipts and indirect tourism activity account for 15% of Thailand’s GDP — making it the largest sector in the economy. So why would police be allowed to make omelets from Thailand’s golden eggs?

The most popular theory is that low-ranking street cops, some of whom earn as little as $1 an hour, are seeking out new sources of income, because the military-led government has begun cracking down on the street vendors who were the former targets of police shakedowns. Foreigners make convenient prey because they can be intimidated and, compared with the local population, are relatively wealthy.

“This explanation says the takeover has placed the police, traditionally at odds with the military, in some sort of frenzy amidst proposed restructuring that is likely to deeply disrupt the way the police have operated — both formally and informally,” says Thai political analyst Saksith Saiyasombut.

But Pavin Chachavalpongpun, a Thai political scholar based in Japan who has had his passport revoked for criticizing the military-led government, thinks the practice has, paradoxically, a social-order element to it. Demanding random drug tests from some tourists, or asking for cash for a dropped cigarette butt, the thinking goes, shows other tourists that Thailand’s new rulers want to shed some of the seedier aspects of the country’s image abroad.

“The coup makers came with a mission. And that mission is to rebuild an orderly and clean society,” Pavin says. “They believe that by appearing to be serious about cleaning up society and creating an orderly atmosphere, it will attract more tourists. They even bizarrely announced a new campaign, Tourism and Martial Law, to promote the idea that society under martial law is pleasant.”

He adds: “It will not work, because they don’t understand either the logic of tourists or indeed the economy of tourism.”

Bangkok may have had 16.42 million visitors last year. But that number is down nearly 2 million compared with the previous year, with the drop attributed to the declining ruble and corresponding fall in the number of Russian tourists. Increased fear of flying in the wake of the Malaysia Airlines tragedies has been proffered as another reason, as has general uncertainty about the coup. If action isn’t taken to rein in the Thai police, tourist numbers may fall further still.

Read next: Thai Prisoners May Soon Be Catching the Fish on Your Dinner Plate 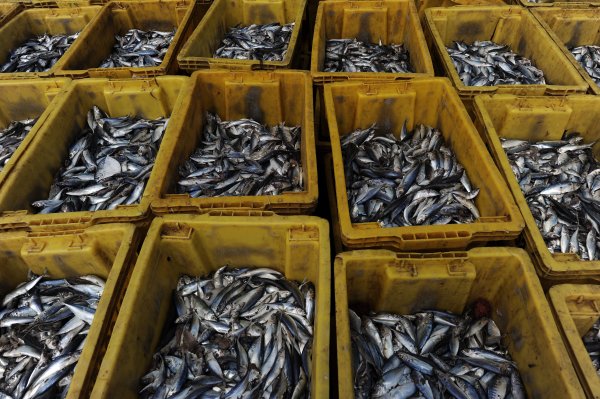 Your Fish May Soon Be Caught by Thai Prisoners
Next Up: Editor's Pick