What's the Priority for Chinese Colleges? 'Studying and Propagating Marxism'

Students walk down a flight of stairs outside a dining hall at the campus of North China University of Water Resources and Electric Power in the Chinese city of Zhengzhou on Jan. 17, 2015
Reuters
By Hannah Beech

University life in China involves more than just cramming for exams and polishing résumés. On Jan. 19, China’s official Xinhua news agency published a high-level government and Communist Party decree stating that Chinese universities needed to make a renewed effort to “fortify conviction in the right ideals and faith.” The appropriate ideologies, lest anyone be confused, are socialism and Marxism, as the pronouncement explained:

“As the front line of ideological work, universities bear the responsibility of studying and propagating Marxism; cultivating and promoting the core values of socialism; and providing the intelligence and talent for the realization of the China dream.”

The “China dream” (also called the “Chinese dream”) is President Xi Jinping’s amorphous mission statement for a country intent on regaining its former glory and encouraging individual fulfillment. Last month, in a harbinger of the Jan. 19 university decree, Xi gave a speech in which he urged universities to exert better “ideological guidance” over students and professors alike.

When Xi assumed control of China’s ruling Communist Party in late 2012, some China watchers wondered whether he would be more amenable to economic and political reform than his predecessor Hu Jintao. But if Xi has a soft spot for political liberalization, he has not exposed it. The Chinese President’s speeches have been peppered with the kind of socialist jargon more reminiscent of Chairman Mao’s era. Under Xi, China has intensified a crackdown on dissent that has locked up everyone from university students and poets to journalists and lawyers. An internal government memo that was leaked in 2013 enumerated seven Western values and institutions that China needed to wage war against, including constitutional democracy, civil society, market liberalism and the “universal values” of human rights.

How do Chinese campus denizens feel about the need to “build universities into strongholds of studying and propagating Marxism” and “persistently use socialism with Chinese characteristics to arm the brains of students and teachers,” as the decree urges? Are they as committed to “uncompromisingly resisting the infiltration of hostile forces,” as Western ideals and values are labeled?

It is, of course, impossible to generalize about a university population of more than 30 million students. But Zhang Ming, a politics professor at Renmin University in Beijing, noted on his microblog that “ideological indoctrination can only succeed in a closed environment.” China today, Zhang said, is a “semiopen environment so mandatory indoctrination will cause an antagonistic psychology … the more forceful the indoctrination is, the more superficial obedience is.”

A Peking University postgraduate student, who, given the sensitivity of the subject only wants to be identified by her English name, Penny, tells TIME: “The notice is a heap of long, disgusting, empty words … I read the whole [decree] and I still do not understand what they will do in the future.” As for the mandatory ideology classes she has already attended in college, Penny issues no praise. “Very boring,” she says. “Most students just sleep at their desks.”

—With reporting by Gu Yongqiang / Beijing 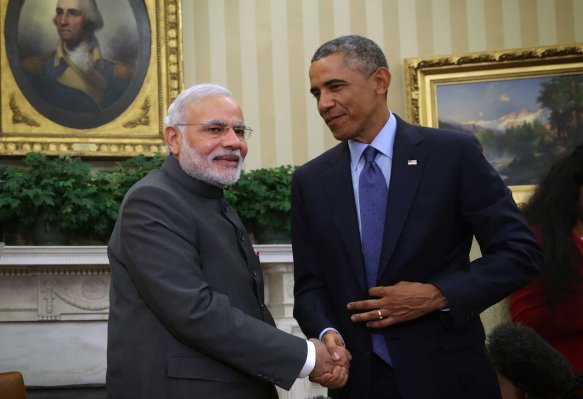 What to Expect From President Obama's Visit to India
Next Up: Editor's Pick