Stop Breeding Like Rabbits? The Pope Misses the Point on Contraception

Pope Francis adresses journalists sitting onboard a plane during his trip back to Rome, on Jan. 19, 2015.
Giuseppe Cacace—AFP/Getty Images
Ideas
By Emily Rauhala

On his flight back to Rome on Monday, Pope Francis offered the press corps some friendly advice on family planning. During his recent travels in the Philippines, he said, he met a mother who risked her life to bear seven children. Chiding her “irresponsibility,” he said the Catholic Church’s prohibition on modern contraception does not mean large families are a must. “Some think, excuse me if I use the word, that in order to be good Catholics, we have to be like rabbits,” he said. “But no.”

Now, I can’t argue with the Pope on matters of doctrine — that’s his specialty. But in the Philippines, the church’s stance on “artificial” contraception is also a national political issue. And its opposition to the use of things like birth-control pills and condoms is a matter of public health and human rights. From that perspective, his decree is deeply problematic.

The Philippines’ Catholic hierarchy has fought long and hard to restrict access to prophylactics. Over the past few decades, as most countries embraced family planning, the Philippines has moved in the opposite direction, discouraging the use of contraception and prohibiting abortion under any circumstance. They cast condom use as anti-Catholic and anti-Filipino, insisting that couples ought to use “natural methods.” That means abstinence — or abstinence on all but a woman’s least fertile days. (I once got a briefing on this from a bishop; it was awkward.)

Opposition from the church, particularly the influential Catholic Bishops Conference, kept the country’s family-planning bill on the shelves for more than a decade. Yet the Holy See is at odds with the stated preferences of Filipinos. Research suggests that most support voluntary family planning, and surveys show an unmet need, meaning a large number of women would like to control the number and timing of their pregnancies but can’t. That gap is highest (about 25%) among poor women, who, for instance, might be less able to afford pills or condoms, or may be less educated on their use.

The antiprophylactic rhetoric is also at odds with what we know about family planning in terms of public health. As social policy, abstinence does not work. Multiple studies show that without access to affordable, modern methods of contraception, the number of unplanned or unwanted pregnancies rises, as do rates of sexually transmitted infections and unsafe abortions. (Here is a telling case study from Manila.)

Finally, whether she chose to have seven children or did not have other options, the woman Pope Francis met — and all others — are entitled to make their own decisions about reproduction and reproductive health without coercion, danger or disrespect.

“Irresponsibility” is insisting on abstinence at women’s expense. 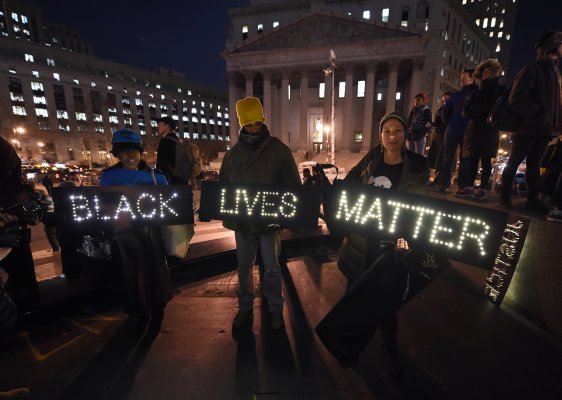 Break Down the Wall That Separates Us From the 'Other America'
Next Up: Editor's Pick