The U.S. Supreme Court will hear oral arguments Tuesday in a case that could undo state laws around the country that limit judicial candidates from asking potential donors for campaign contributions.

The Florida case, Williams-Yulee v. The Florida Bar, stems from a 6-year-old ethics violation in a county court race that predated the high court’s 2010 Citizen’s United decision, which, along with a handful of other rulings, have upended many traditional limits on money in politics.

Unlike federal judges, who are appointed to lifetime tenure by the president, voters in Florida and 38 other states elect judges. Thirty of those states limit judicial candidates’ ability to personally raise money for their campaigns. Instead, “the ask” must come from a separate campaign committee, a system designed to insulate judges from bias toward the lawyers and litigants who donate — or choose not to — and then come before them in court.

At the heart of the case is the 2009 campaign of Lanell Williams-Yulee, who signed a mass-mailed letter asking for contributions as she sought a Hillsborough County trial court judgeship. The Florida Supreme Court disciplined her with a public reprimand and a $1,860 fine after The Florida Bar argued that her letter violated the state judiciary’s personal solicitation ban. Now, Williams-Yulee brings the case to the U.S. Supreme Court to argue the ban infringed on her free speech.

If the court rules in favor of Williams-Yulee, her disciplinary record with The Florida Bar will be wiped clean, according to her attorney Ernest Myers. Yet the court’s decision may be more far-reaching: if it finds the Florida ban unconstitutional, Myers said, the bans in states with similar rules will likely be invalidated.

“It’s a blanket prohibition on speech, including some speech which is fairly innocuous and probably doesn’t rise to the level of the concerns that were the reasons it was put in place to begin with,” Myers said.

Proponents of the ban fear such a ruling could mean judicial candidates in Florida and 29 other states may find themselves directly asking the lawyers and corporate executives who appear before them in court for cash ahead of each election cycle.

Williams-Yulee’s fundraising letter failed to yield any contributions. She also lost the election, and never sat on the bench, making the case an imperfect test of whether asking for campaign contributions threatens a judge’s impartiality.

So, why did the court even take the case?

Six lower federal circuit courts and four state courts are split on the constitutionality of such bans. Williams-Yulee’s opponent, The Florida Bar, even urged the court to accept the case and resolve this clash.

The high court’s recent campaign finance decisions suggest that Williams-Yulee could win inside the marble-columned, frescoed walls of One First Street, making it even easier for judicial candidates around the country to pad their campaign coffers.

Supreme Court Rules in Favor of Administration in Deportation Case

State supreme court candidates attracted at least $18 million in contributions during the 2014 election cycle, according to a Center for Public Integrity analysis of available state data collected by the National Institute on Money in State Politics.

Candidates for state high courts spent at least $5.2 million on television ads, with Michigan candidate Richard Bernstein spending an estimated $1.3 million for his successful election campaign, according to the Center for Public Integrity’s analysis of data from media tracking firm Kantar Media/CMAG.

The Florida rule in question only narrowly limits candidates’ speech, according to Matthew Menendez, a lawyer for the Brennan Center for Justice, a think tank that filed a brief supporting the ban. Judicial candidates may still discuss their credentials and legal philosophy and send thank-you notes to donors, he said.

“The only thing a judge can’t say is ‘Please give me money,’” Menendez said.

Such a view was underscored by Justice Antonin Scalia’s majority opinion in the 2002 ruling on The Republican Party of Minnesota v. White, which allowed judicial candidates to publicly share their opinions on controversial legal and political matters.

Justice Anthony Kennedy will likely be the swing vote in this case, said Tracey George, a professor at Vanderbilt Law School who studies the effect of campaign contributions on judicial decision-making. Though the court’s decision is likely months away, she predicts Kennedy will join the four conservative justices — Scalia, Clarence Thomas, John Roberts and Samuel Alito — to find the Florida code unconstitutional.

Such a ruling would be an additional incremental push by the court’s majority toward campaign finance deregulation, George said. The decisions in the 2010 Citizens United v. Federal Election Commission and 2014 McCutcheon v. FEC cases both expanded freedoms for donors to give to candidates, parties and outside groups in elections.

Ed Whelan, a former clerk to Justice Scalia and director of the conservative Ethics & Public Policy Center, said it’s possible that the court could leave the First Amendment question unresolved yet decide that Williams-Yulee did not actually violate Florida’s ban. The mass mailing was a decidedly impersonal solicitation and did not yield contributions, let alone the quid pro quo exchanges that judicial campaign donations may invite.

It’s also possible the court could dismiss the case entirely, Whelan said. However, he noted, the court takes on cases “to resolve these grander issues, not to engage in error correction.” 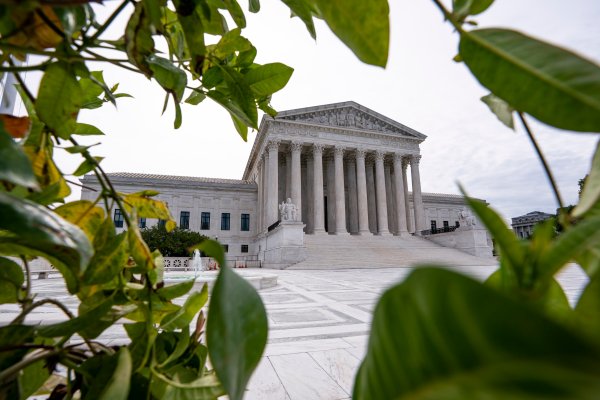