It seems like hundreds of new iPhone apps pop up every week, but which ones should you bother trying? We explored the App Store and found five apps actually worth downloading.

City Maps 2Go is an incredibly useful iPhone app, not only because it offers users maps on their phones with a level of detail that Google Maps cannot match, but because it also allows you to use those maps offline. It’s a great tool for road trips where signal service might be spotty, or when you’re traveling and hoping to conserve data.

We’ve written about Goat Simulator before, but for those that are still out of the loop, it’s essentially Grand Theft Auto, but with a goat and without sexual violence/gun violence. Use the goat’s tongue to fling him around an interactive universe and destroy your surroundings with the force of an airborne animal. Few games make you laugh out loud, but Goat Simulator definitely will.

A game for those who enjoy comic books but lament the disappearance of arcades, Marvel Pinball is an amazing distraction and doesn’t feel out of place on a small screen. Play your way through levels decorated with your favorite heroes and villains, and upgrade to unlock new maps. Changing maps means accessing new structures and obstacles in order to change gameplay in ways real pinball machines never could.

Marvel Pinball is temporarily free in the App Store.

If you’re someone who not only has trouble budgeting, but also has trouble juggling a high number of functions in a single app, then 5coins may be a useful tool for you. It allows you to focus on the most essential components of your budget, which feels like the most responsible and least constructive way to watch how much you spend. In short, it helps you watch what you spend where it matters most.

5coins is temporarily free in the App Store.

Another iOS gem with the feel of a Game Boy game, Super Lemonade Factory throws you into a pixelated world of faceless characters in which players must infiltrate an inherited Lemonade Factory full of menacing villains. Work your way through a post-World War II storyline while enjoying a classic-style video game with an interesting premise.

Super Lemonade Factory is temporarily free in the App Store. 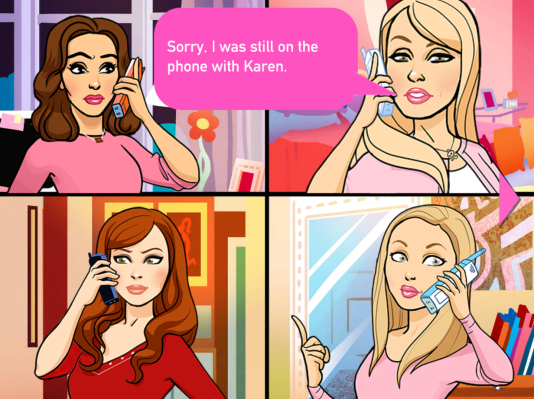 New Mean Girls iPhone Game Will Let You Pretend to Be a Regulation Hottie
Next Up: Editor's Pick