You Asked: What Is Bluetooth?

A Bluetooth logo is seen at the 2013 International CES at the Las Vegas Convention Center on January 8, 2013 in Las Vegas, Nevada.
David Becker—Getty Images
By John Patrick Pullen

You may not realize it, but Danish King Harald Blatant is something of a household name. The Danish ruler who held the throne from 958 to 986 A.D. was responsible for uniting Denmark and Norway. But you know him better as Bluetooth, the nickname his Viking friends had for him, and the moniker that was adopted by technology companies in the 1990s for a new wireless technology.

According to Errett Kroeter, senior director of marketing at Bluetooth SIG, a group of 25,000 companies that support the technology, Bluetooth was chosen as the name for the new tech because King Harald had been instrumental in uniting warring factions in parts of what is now Norway, Sweden, and Denmark. Likewise, Bluetooth technology was designed to help various gadgets such as computers, mobile phones, and accessories play nice with each other.

But at its core, Bluetooth is a radio signal engineered to jump around between 42 different channels, hundreds of times per second, making it less likely it would interfere with Wi-Fi networks or cordless phones. In addition, that frequency-hopping also helps to make Bluetooth connections very secure. On top of that, the technology has government-grade encryption baked into it, making it nearly impossible to hack.

To date, there have been four versions of Bluetooth. The original Bluetooth was primarily designed for streaming data, so you’ll find it in a lot of audio devices like streaming audio players, speakers, and wireless headphones. The newest version, Bluetooth 4.0 — also called Bluetooth LE and Bluetooth Smart — is much more power-efficient than its predecessors.

Devices that use Bluetooth 4.0 to communicate can run as long as a couple years on a tiny coin cell battery. Bluetooth Smart also excels at feeding data into applications located on smart phones, tablets, or PCs, which is why many new wearables, fitness devices and smart home products use it.

“Currently, it’s the thing that’s making the Internet of Things possible,” says Kroeter. So, in the future, when beam your fitness data from your band to your phone, or open your garage door with an app, don’t forget to thank King Harald for making all these once-warring gadget makers work together. 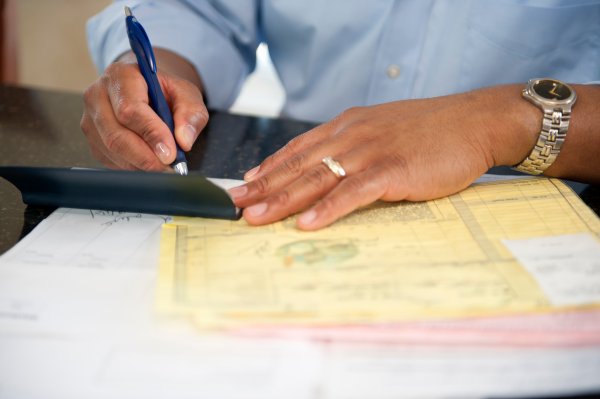 Here's How To Go Completely Paperless This Year
Next Up: Editor's Pick