Republicans Re-Elect Party Chair for 'Do or Die' 2016 Campaign

Republican National Committee Chairman Reince Priebus was overwhelmingly re-elected to a third term at the party’s helm Friday, in a show of support for his strategy to assist Republicans in retaking the White House.

Priebus, the only nominee for the post, said the next two years are “a do or die moment” for the GOP, warning of an existential crisis should a Republican not retake the White House. Only two of the 168 committee-members voted against him.

“What this means is that it is a do or die moment for our party,” he said. “If we don’t win in 2016, I have a terrible feeling the national party doesn’t exist in the same way that it is today.”

Priebus has overseen the party during a period of diminishing importance as super PACs have strengthened the power of outside groups. But he has focused its efforts on rebuilding the GOP’s data and field programs in an effort to create a permanent GOP campaign on par with Democratic efforts.

“It is an honor and it is also a huge responsibility for me to finish the chapter here in rebuilding the Republican National Committee,” Priebus told reporters. “I think that winning a third term means I have a massive responsibility to rebuild our party, to put our nominee in the best position possible and not repeat the same result that happened in 2012.”

In 2011, Priebus took over a party laden with debt and drama, and has led the GOP to record financial success. But his electoral record is mixed, having overseen both the failed effort to recapture the White House in 2012, as well as last year’s Republican wave. 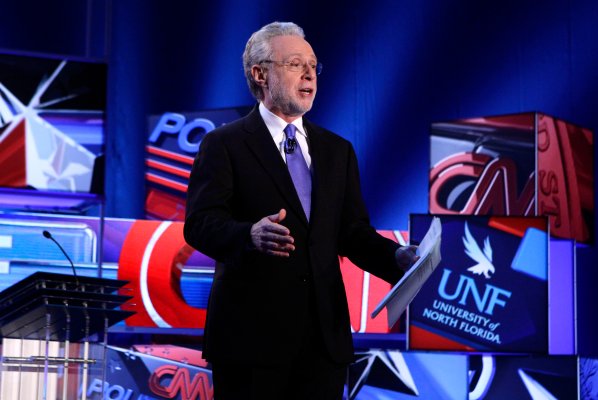 First Republican Presidential Debate Will Be in August
Next Up: Editor's Pick