The theatrics are tradition, so the speech may seem the same. On Tuesday night, Barack Obama will saunter down the center aisle of the House chamber, take the rostrum and deliver the annual State of the Union address. There will be robed justices in the front pews, a laundry list of policy proposals, a few tales about the heroic acts of ordinary Americans. On television, the ritual still summons all the pageantry the presidency can muster.

But what’s the true state of the State of the Union? Not quite as strong as the speech once was. The rise of social media, the proliferation of mobile devices and an audience whose attention is divided between multiple screens have sapped some of its power.

The State of the Union is still the singular example of the presidential bully pulpit. But the White House knows the clout of the speech has diminished. The 2014 State of the Union drew 33.3 million television viewers, nearly 20 million less than the audience that tuned into Obama’s first address in 2009. Many of them undoubtedly had one eye on Obama and the other on Facebook or Twitter, where live commentary can influence impressions of a performance. Still others watched it online later.

As a result, Obama’s team has tailored their State of the Union strategy to fit the shrinking power of a prime-time event in the age of social media. Last year the administration implored its supporters to watch the speech on a White House website. For this “enhanced experience,” Obama’s oratory was supplemented by a battery of charts, graphs and data points, which viewers could share with their social networks. For the White House, which has seized upon new methods to circumvent the press, it was a way to mute the blathering cable pundits and deliver an unfiltered message.

This year brings new wrinkles. A coveted post-speech interview in the Oval Office was given to three YouTube stars, who solicited questions from the president’s supporters. And in an acknowledgement that a single speech won’t carry the message, the White House has been dropping “spoilers” throughout January.

Instead of unveiling a raft of new policies on Tuesday, Obama traveled to Michigan to tout the manufacturing sector’s revival, talked the housing market’s rebound in Arizona and plugged his plan to make community college free in Tennessee. The White House built a microsite to showcase many of the policies the president will propose Tuesday, on topics as diverse as broadband Internet and thawing relations with Cuba.

“The awareness that the State of the Union doesn’t count for what it used to produces innovation,” says Jeff Shesol, a presidential speechwriter in the Clinton administration. “The White House is putting less weight on the speech as the centerpiece of their strategy.”

Obama’s top aides say they were forced to adapt by the din of the churning news cycle. “The environment is so cluttered that if you don’t spread out your initiatives and unveil them in channels where people already are, like Facebook or Upworthy, then they’re just going to get lost in the discussion,” Dan Pfeiffer, Obama’s senior adviser, told the Associated Press. “The nature of the experience is different.”

If the media strategy has changed, the process of crafting the speech remains as arduous as before. The task of drafting it begins as early as Thanksgiving, and the speech often goes through more than 20 drafts. Various wonks and advisers from across the government weigh in on structure, language and theme, while the writers struggle to alchemize a laundry list of priorities into lucid prose. Once the text is nearly settled, the president will practice the speech multiple times in the days leading up to the address. During these run-throughs, aides will mark the lines they want to blast out over social media during and after the address.

But if social media has reshaped the rollout strategies, the pillars of a sharp State of the Union speech are the same. You need a clear platform, a theme that carries the argument, and the ability to convert arcane policy into sparkling rhetoric. The principles of good writing, from memorable metaphors to economy of language, are timeless.

“Technology changes, but the power of words doesn’t,” says Peter Wehner, a presidential speechwriter under George W. Bush. “Look back to Lincoln. His best lines would fit on Twitter.” 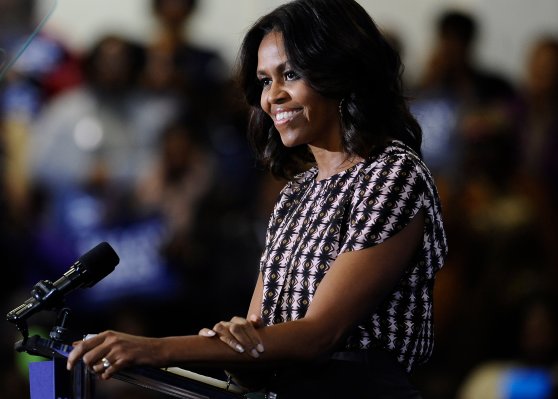 Here's Michelle Obama's State of the Union Guest List
Next Up: Editor's Pick