The two kidnapped Italian aid workers landed in Rome at four on Friday morning. They looked subdued, huddled in their parkas, as the Italian foreign minister escorted them through the darkness between the plane and the arrival hall.

The two women, Vanessa Marzullo, 21, and Greta Ramelli, 20, had been abducted from the Syrian town of Aleppo in July. They had most recently been seen in a YouTube video posted on December 31, dressed in black veils and warning that they were “in big danger and could be killed.” But even as their release offered a glimmer of good news from a conflict that has been unrelentingly grim, they have hardly returned to a hero’s welcome.

In the newspapers and on social media, the rescue of the aid workers was subject to flurries of criticism after a Dubai-based media outlet reported that the Italian government paid a 12-million euro ($13.8 million) ransom for their release. “I’m happy that the girls are free and alive,” says Riccardo Pelliccetti, a top editor at the conservative daily Il Giornale. “But the fact remains that when you bow to blackmail, you’ve lost the game.”

The outpouring of anger represented a rare moment of debate in Italy over negotiating with terrorist groups that hold hostages. The United States and Great Britain have refused to pay ransoms, and citizens of those countries — including the journalist James Foley and British aid worker David Haines — may have been executed as a result. Even so, the kidnapping groups do very well out of the ransoms that are paid. An investigation by the New York Times in July found that Al Qaeda and other Islamic militant groups had taken in at least $125 million in money paid in ransoms since 2008, most it from European countries.

Italy, by contrast, has a long tradition of being willing to do nearly anything in order to save a hostage’s life, says Sergio Fabbrini, a professor of political science and international relations at Rome’s LUISS University. When leftist terrorists kidnapped the former prime minister Aldo Moro in 1978, many close to the government wanted to negotiate his release. “There is a common understanding in Italy that life is the superior value, so everything should be done in order to save people,” he says. “Our Catholic attitude tends to hold life as an absolute.”

The Italian government has neither confirmed nor denied that a ransom had been paid in exchange for the release of the aid workers. In remarks to Parliament, Foreign Minister Paolo Gentiloni dismissed the reports as “speculation.” He said that Italy was “against paying ransoms” and added that the country had acted within international norms and in line with the polices of previous Italian governments, but he stopped short of categorically stating that a ransom had not been paid.

Some of the criticism was politically motivated. Matteo Salvini, head of the far-right Northern League, an opposition party, tweeted on Thursday that if the government had indeed paid a ransom it would be “disgusting.” But the anger could also be seen on the website of Corriere Della Sera, the closest thing Italy has to a paper of record. The headline — “Greta and Vanessa in Italy” — was sober and the article was factual, but the comment section was full of bile — in particular over the money being spent.

“If these two young ladies wanted to do something good, they could have gone to distribute meals at the cafeteria of [the Catholic charity] Caritas,” read the top-ranked comment. “Or is that not cool enough?????” The website asks readers to click on an icon representing their mood after reading an article. As the day progressed, the percentage of respondents who had selected the angry face hovered at just below 90%.

Many commenters described the two women as naive. They had been kidnapped just days after entering Syria for the second time, during a period in the war when entering the country had become synonymous with danger. They were working for an NGO they had founded with another Italian. “It’s one thing if a journalist goes into Syria to inform, as part of his job, or if a technician goes to Nigeria to work on the oil wells, but these were volunteers,” says Il Giornale’s Pelliccetti. “They went in knowingly, at a moment when there was a civil conflict.”

In an article in the morning’s paper ​Pelliccetti estimated that the Italian government has paid 61 million euros ($70 million) to militant groups since 2004. “How many operations like [the attacks on the editorial offices of the French satirical magazine Charlie Hebdo] can you fund with that type of money,” he said. “You have to consider not just how many lives you save, but how many are you killing.”

Read next: Growth of Muslim Populations in Europe Map 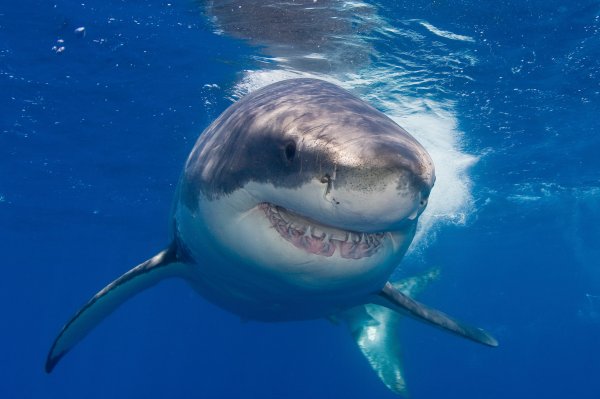