2014 Was the Hottest Year on Record

2014 was the hottest year since temperature record keeping began in 1880, scientists from NASA and the National Oceanic and Atmospheric Administration (NOAA) announced on Friday. The average global surface temperature hit 58.24 F (14.58 C), easily surpassing the previous record, set in 2005 and 2010, by 0.07 degrees.

“Climate change is perhaps the major challenge of our generation,” NASA scientist Michael Freilich warned in on a conference call. “Our changing climate presents us with vast opportunities as well as the potential for profound societal impacts.”

Every continent experienced record high temperatures in some area. Alaska, the west coast of the United States, Europe, Australia and Siberia were among the areas that saw particularly intense temperature rises. Other regions, like the U.S. Northeast, saw relatively low temperatures. Overall, the average global land temperature was nearly 2 degrees Fahrenheit higher in 2014 than the average temperature in the 20th century.

Though a temperature rise of a few degrees may seem insignificant, University of Georgia meteorologist Marshall Shepherd likens the disparity to “the difference between a low-grade fever and one just a few degrees higher that can have an impact on the body.”

“If you are younger than 29-years old, you haven’t lived in a month that was cooler than the 20th century average,” he said in a statement. February 1985 was the last time where average global temperatures for the month were colder than they were for the 20th century on average.

Environmental activists and scientists used the announcement as an opportunity to counter claims that climate change has slowed or stopped in recent years. These claims cite data showing that temperatures have risen at a slower rate since the turn of the century than in past decades.

“Why do we keep getting so many record-warm years?” NASA scientist Dr. Gavin Schmidt asked in an interview with the New York Times. “It’s because the planet is warming. The basic issue is the long-term trend, and it is not going away.”

“Today’s news is a clear and undeniable warning for all of us—nations, businesses, cities, and individuals—that we need to cut climate pollution and prepare for what’s coming,” said Lou Leonard, vice president for climate change at the World Wildlife Fund, in a statement.

Gavin Schmidt described determining the cause of any temperature rise as a “complicated finger printing,” but said that it’s clear that greenhouse gases added to the climate by humans are a major contributor to the warming.

While last year’s record may be alarming in itself, scientists pointed out that long-term trends are equally alarming. Nine out of the ten warmest years on record occurred in the 21st century. “The key thing we’re talking about here is not just 2014, but the long-term trends,” said Schmidt on a conference call. “We may anticipate further record highs into the years to come.” 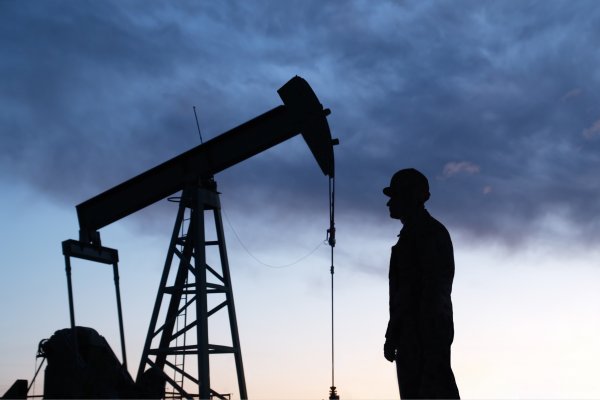