Paris Hero Describes How He Saved Customers During Supermarket Attack

Malian Lassana Bathily, a Muslim employee who helped Jewish shoppers hide in a cold storage room from an islamist gunman during the Jan. 9 attack, poses on Jan. 15, 2015 in Paris.
Francois Guillot—AFP/Getty Images
By Charlotte Alter

The Muslim shop employee hailed as a hero for saving customers during a terrorist attack on a Kosher supermarket last week has described how he hid people in a cold storage room as a gunman assaulted the store.

Lassana Bathily, 24, told the BBC that he was working in the basement of the Hyper Casher grocery store when he heard gunshots on Jan. 9. “The customers started running down the steps. They were screaming [that] there were terrorists in the shop,” he said.

Bathily ushered the customers into a cold storage room, then switched off the refrigerator and the lights. “I told the customers to stay calm. [I said:] If the terrorist comes down here he must not hear you.” Bathily said once everyone had quieted down, he decided to go outside to help the police. Initially, police thought he was one of the gunmen, but he convinced them he was trying to help. “I told them a lot of hostages were hidden in the basement. They asked me to draw a map of the shop to help with their assault.”

The gunman, Amedy Coulibaly, killed four hostages before police raided the grocery store and shot him. Bathily condemned the attack along with the related attack on Charlie Hebdo earlier that week, saying “they were just criminals who want to make people suffer.” Bathily is Muslim and originally from Mali, but he became so close with his Jewish co-workers at the store that they sometimes teased him about getting a Jewish girlfriend.

Bathily, who emigrated to France nine years ago, will be given French citizenship in a ceremony next Tuesday. He applied for citizenship last year, but his application has been fast-tracked after more than 300,000 people signed an online petition to grant him legal status. 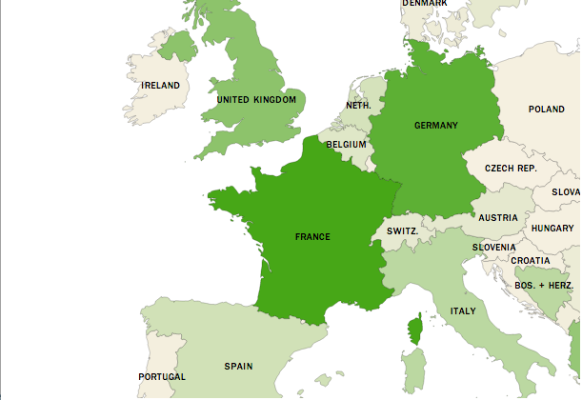 Growth of Muslim Populations in Europe Map
Next Up: Editor's Pick