The UK-led Beagle-2 Mars lander, which was transported by ESA's Mars Express mission and was lost on Mars since 2003, on the Red Planet's surface, in a photo released on Jan. 16, 2015.
HIRISE/NASA/EPA
By NBC News

The missing Mars lander Beagle 2 has been found on the surface of the planet after more than a decade, scientists announced Friday, solving the mystery of what happened to its doomed mission.

The robot was supposed to make a soft touchdown on Mars on Christmas Day in 2003 but contact was lost.

New images from planet’s surface show that it made a successful touchdown and was partially deployed, the U.K. Space Agency said in a statement.

However, it will not be possible to recover any data from the device. 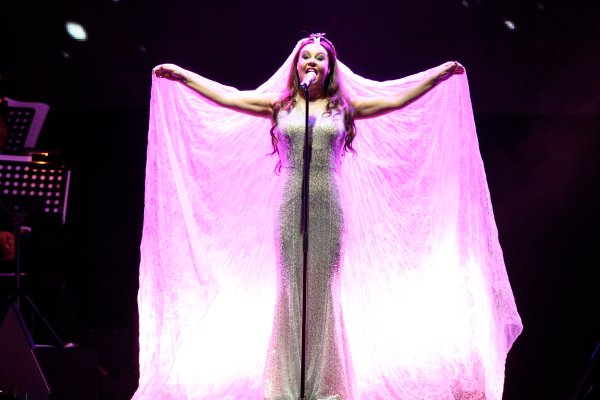 Phantom of the Opera Soprano Sarah Brightman Has Started Space Training
Next Up: Editor's Pick