Lots of great movies don’t get Oscar nominations. You could generously point out that the Academy only has room for so many movies. You could less generously complain that the Academy has historically had a difficult time finding room for science-fiction movies, action films, fantasy epics not directed by Peter Jackson, independent movies your mom hasn’t heard of, any movie specifically designed to scare you, and any movie specifically designed to make you laugh.

So each year, plenty of great movies get nominated for nothing. Over the next few weeks, we’ll take a closer look at some of the essential NOscar NOminees as part of our Nominated for Nothing series—but for right now, here’s your essential list of the best films of 2014 that couldn’t even earn a measly technical nomination. (They’re in good company.)

Snowpiercer
A raucous post-apocalyptic fable, with Chris Evans leading an international cast on a bloody, hilarious, and heartbreaking quest through the last train on Earth.
How to watch it: On Netflix, OnDemand, and Blu-Ray/DVD.

Chris Rock’s plotless meander is an overstuffed delight, with great small roles and funny cameos (Seinfeld! DMX!). Woody Allen comparisons come to mind, but Top Five almost feels like Rock’s 8 1/2, a goofy-yet-melancholy autobiographical statement. All that, and Rosario Dawson, too.
How to watch it: In theaters now.

The Guest
Imagine a mash-up of Halloween and The Talented Mr. Ripley, except with the soundtrack from Drive. Downton Abbey‘s Dan Stevens destroys all your Cousin Matthew daydreams, playing a charismatic maybe-psycho in the latest retro-toned thriller from the makers of You’re Next.
How to watch it: VOD and Blu-Ray/DVD

Force Majeure
An adorable family, an exciting ski vacation to the Alps: What could go wrong? Everything! To say more would spoil the fun; suffice it to say that Force Majeure is a film about about everything that can possibly go wrong with marriage and family.
How to watch it: On iTunes and VOD, and in select theaters

The Skeleton Twins
SNL all-stars Bill Hader and Kristen Wiig give expert funny-sad performances in this sibling dramedy. Features one of the most gloriously sublime moments of 2014: The stars’ lip-sync dance sequence, set to Starship’s “Nothing’s Gonna Stop Us Now.”
How to watch it: VOD and Blu-Ray/DVD

Blue Ruin
A meticulously stripped-down revenge movie, with bearded drifter Macon Blair facing down the demonic Cleland family. It’s a Coenesque bleak comedy. If you need more convincing, Jan Brady is one of the villains.
How to watch it: On Netflix and VOD

Obvious Child
Is the romantic comedy making a comeback from Heiglian purgatory? You hope so when watching Gillian Robespierre’s indie romcom, starring Jenny Slate. Obvious Child got some attention for its abortion plotline; it deserves more for being great.
How to watch it: OnDemand and Blu-Ray/DVD

Edge of Tomorrow
Tom Cruise is a sniveling coward sent into future combat, forced to relive the last day of his life over and over again. Emily Blunt is the badass with a megasword. A swift and brainteasing action film.
How to watch it: On Blu-Ray/DVD

Get On Up
Chadwick Boseman gives a fiery performance as James Brown, Godfather of Soul. The film has its biopic-y clichés, but it’s also a high-energy smorgasportrait of an essential musician living a wild life.
How to watch it: On VOD and Blu-Ray/DVD

Under the Skin
Scarlett Johansson plays an alien who drives around Scotland, attracting men with her good looks and then stealing their skin. Or something. Under the Skin was 2014’s great weirdo experiment, but it’s an evocative and Kubrickian delight. Watch it in a triple bill with Lucy and Her, and let’s start talking about if Johansson is our first post-human superstar.
How to watch it: On VOD and Blu-Ray/DVD

Locke
Tom Hardy in a car for 85 minutes. Come on: You’re a little interested, right?
How to watch it: On VOD and Blu-Ray/DVD

Dear White People
Also known as Dear 2015 Academy Awards. Kidding, kidding…but this satire about race relations on a college campus has only gotten more topical (and funnier) since it premiered at Sundance one year ago. First-time director Justin Simien is a man to watch.
How to watch it: On VOD on January 20th, on Blu-Ray/DVD on February 3.

Only Lovers Left Alive
Jim Jarmusch’s best movie since the ’90s is a languorous vampire love story starring all the British people who actually deserved Oscar nominations this year. As millennia-old lovers, Tilda Swinton and Tom Hiddleston are mesmerizing.
How to watch it: On VOD and Blu-Ray/DVD

Jodorowsky’s Dune
The true story of that one time when a messianic midnight-movie director decided to adapt one of the most famous science-fiction novels into a movie starring Salvador Dali, Mick Jagger, and Orson Welles. Alejandro Jodorowsky never made his Dune, but the true story of his movie’s unmaking is an hallucinogenic delight.
How to watch it: On VOD and Blu-Ray/DVD

Coherence
Shot on a lunch-money budget, Coherence is an old-fashioned mind bender that’s also a twisty-turny relationship drama. Lo-fi sci-fi at its finest.
How to watch it: On VOD and Amazon Prime.

Calvary
It feels like we’re starting to take Brendan Gleeson for granted. The towering Irish actor has been nonstop great for twenty years now—remember him stealing scenes from Mel Gibson in Braveheart?—and he reaches a new peak as Father James, a very good man in a very bad world.
How to watch it: On VOD and Blu-Ray/DVD.

The Trip to Italy
Steve Coogan and Rob Brydon do very funny impressions. They eat a lot of good Italian fine and drink a lot of good Italian wine and listen to a lot of Alanis Morrissette. And somewhere along the way, the second Trip movie becomes a reflective, curiously powerful meditation on life, death, and all the absurdity therein.
How to watch it: On Netflix and Blu-Ray/DVD

Read next: These 21 Famous Actors Have Never Won an Oscar 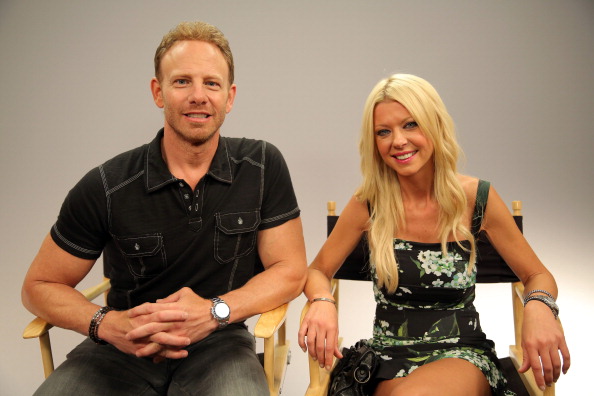