The weekly Charlie Hebdo in Paris on Jan. 13, 2015, a week after two jihadist gunmen stormed the Paris offices of the satirical magazine, killing 12
Martin Bureau—AFP/Getty Images
By David Stout

Kenya’s the Star and South Africa’s the Citizen issued apologies this week for reprinting the controversial new cover of Charlie Hebdo, after publication triggered an uproar from Muslim readers.

“The Star sincerely regrets any offense and pain caused by the picture and we will bear Muslim sensibilities in mind in the future,” read a statement from the Kenyan paper.

The country’s media regulator reportedly summoned the Star’s owner after levying accusations that the paper published indecent images and had acted in an unprofessional manner, according to the BBC.

Earlier this week, editors at the Citizen claimed the publication of the cover had been an “oversight” and was not fueled by malicious intent.

The cover of the first issue of Charlie Hebdo since gunmen went on a shooting spree in its Paris offices earlier this month shows an illustration of Muhammad with a sign saying, “I Am Charlie.” The headline reads: “All Is Forgiven.”

The issue of whether to run or not run the cover has spurred a furious debate among media outlets over whether the printing of images of the Prophet, which most Muslims find offensive, is justifiable. 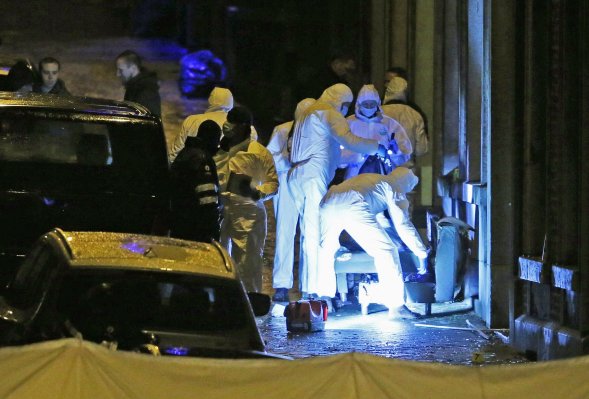