Review: The Best and Worst of the New Amazon Pilot Season

Following up its Golden Globes coup with Transparent–and whatever exactly it’s going to be doing with Woody Allen–on Thursday Amazon Video released its latest crop of pilots for viewers to watch and rate: 13 adult and kids’ shows in all.

This doesn’t entirely kill the old system of network (or in this case e-commerce) executives ordering a bunch of pilots and choosing which will live or die. The viewer vote isn’t binding–and good thing it isn’t, since voters last year gave Transparent the lowest rating of any show in its group. But it does mean that you now have a voice in the process just like idiot critics like me.

That said, you may not to want to spend several hours of your day helping pick new product for Jeff Bezos, so I watched the pilots for you. (Or rather, everything except the kids’ shows–I do this for a living and even I don’t have that much time on my hands.) In alphabetical order:

* Cocked. This family drama, about brothers reuniting to save a troubled family gun business, plays very, very broad. (One sibling is played by Jason Lee, with only a little more subtlety than he gave his character in My Name Is Earl.) But I’m intrigued by the exploration of the gun subculture and the dynamic of the liberal black sheep (Sam Trammell) being drawn back into a family and life he rejected. Done right, it could be a kind of .44-caliber Big Love.

* Down Dog. My love for Paget Brewster is vocal and enduring, but she’s only a supporting player in this comedy about a handsome dimwit yoga instructor (Josh Casaubon), who, after breaking up with his partner/girlfriend (Brewster), must learn to run the business himself. It feels a little like HBO’s Hung with pigeon poses instead of prostitution, and the pilot didn’t do much to make me care what happens to the protagonist.

* Mad Dogs. Based on a successful British series and produced by The Shield‘s Shawn Ryan–with a cast including Ben Chaplin, Michael Imperioli, Romany Malco, Steve Zahn, and Billy Zane–this dark-comic hour about a group of middle-aged friends running into underworld trouble in Belize looked great. But its midlife-crisis themes are tired, uninvolving and depressing. It’s tense and well-executed, though; the pilot did everything right except make me watch more.

* The Man in the High Castle. This alternate-history drama from The X-Files‘ Frank Spotnitz (based on a Philip K. Dick novel) imagines a year 1962 in which the Axis won WWII, and the U.S. is partitioned between Germany and Japan. The dialogue and war-movie-villain types run to cliché, and the production looks less like premium cable than a Syfy show. But the idea is gripping, there’s already the sense that the creators have thoroughly imagined a dystopian world, and scenes in the pilot are genuinely chilling. With improved execution, this could become a must-watch.

* The New Yorker Presents. This mostly-nonfiction series anthologizes short films based on the work of the storied magazine, and, it’s well, anthological. A Shouts-and-Murmurs-y short written by Simon Rich works better than most of the fantasies in Rich’s Man Seeking Woman. An interview with artist Marina Abramovic by Ariel Levy is thoought provoking (but could use a little more Abramovic and a little less Levy). There’s a smart, playful Jonathan Demme documentary on biologist Tyrone Hayes. And there are cartoons, which are–they’re cartoons, and don’t gain much from translation to a new medium. A poem is read. Cool jazz plays over the credits. A little precious but nicely made, and it will probably make you feel smarter.

* Point of Honor. This Civil War drama, from Lost‘s Carlton Cuse and Randall Wallace, was originally developed for ABC. And you can see why it didn’t get any farther: it has ambitions of subtlety and historical sweep–a wealthy Virginia family frees its slaves, yet vows to defend the Confederacy–but the clumsy pilot mainly offers cotton-pickin’ melodrama.

* Salem Rogers. I wanted to like this one, if only because it’s the only pilot of this class that aims at being flat-out, in-your-face, ha-ha funny. (Not to mention the only one built around a female star.) But Salem–starring Leslie Bibb as a former supermodel fresh out of rehab but totally unrepentant (and unrehabbed)–chased me off. Full of insult humor and acting out, it plays a little like a Ryan Murphy comedy, except–I can’t believe I’m saying this–Ryan Murphy would have made this more sophisticated.

In part, the question here is not how much you like these shows, but what are they worth to you? The decision on a streaming series is a different one than for a broadcast or basic-cable show. There, you’re just deciding whether to flip the dial to a channel you already have and spend a few minutes of your time. As with Netflix, watching Amazon’s shows requires paying up for a subscription ($99 a year for Prime, though the pilots are free), so cold economics suggest a higher bar. (It’s also comparable to premium cable, as is the content–in particular, there are nude female bodies splayed all over these pilots. Again, not the kids’ pilots.)

Transparent was a pilot that I would have bought a subscription to watch off the bat. None of these are yet, though The Man in the High Castle, and maybe Cocked, could become one. But you can watch the current pilot season for yourself. As Amazon has proven, it’s a big market, and no two customers are alike. 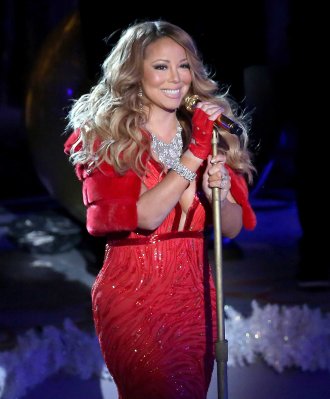