On its face, The Boy Next Door is a perfect example of the very sort of movie that’s dumped in January. It looks cheaply made and has a plot hinging on provocation and contrivance far more than good sense or good taste. It’s, shockingly, the schlockiest possible iteration of the elevator pitch, “What if Jennifer Lopez had a one-night stand with her teenage neighbor, and then he got violent?” It’s hard to decide the movie’s best screamer: Is it that Lopez teaches “AP Classics”? That her paramour-turned-stalker knows how to remotely control printers, and uses this superpower to humiliate her? Any of the jaw-droppingly lewd come-ons in the film’s trailer? The Boy Next Door is not meant to be good. But its release should be applauded nonetheless.

Let’s be clear: It’d probably be a victory for Hollywood if the projects it gave to actresses as charismatic as Lopez were better than The Boy Next Door. But many, many movies are as bad or worse; that is, The Boy Next Door is not exceptional in a film landscape where there have been three Takens. The thing is, most cheaply made bids at box-office success star Liam Neesons, not Jennifer Lopezes. What makes The Boy Next Door important is its subject matter and casting: It’s an explicitly commercial film focused on the (bizarrely unrealistic) life of a middle-aged woman.

And for that reason, it couldn’t come at a better moment. At last year’s Academy Awards, Cate Blanchett, accepting the Best Actress prize, exhorted Hollywood to do better by its women, decrying “the idea that female films with women at the center are niche experiences. They are not. Audiences want to see them and, in fact, they earn money.” A year later, the movie industry hasn’t gotten the memo. While the Best Actor nominees, drawn from a competitive field, each come from movies that met with wide acclaim, four of the five Best Actress nominees performed in movies that received no nominations in other fields, as if the Academy couldn’t figure out any way to honor a woman’s story, or maybe thought there weren’t enough stories about women worth honoring. (The fifth Best Actress nominee, by the way, was Felicity Jones in The Theory of Everything — a movie about the life of Stephen Hawking in which she plays supportive wife.)

This phenomenon makes a sort of sense: There are far more movies made about the lives of men than about the lives of women, from the arthouse to the Marvel universe (where the announcement of a standalone female superhero movie had been very slow in coming). But it’s truly strange to witness how those films about women that are made get marketed. Julianne Moore’s Oscar bid Still Alice, for instance, is a viscerally moving film about the onset of illness, paced like an old-fashioned weepie and based on a best-selling novel. What failure of imagination led its studio to give it a tiny release, in New York and Los Angeles, rather than the major rollout that could have turned it into a genuine hit? If Jennifer Aniston and her studio were as confident in Cake as their zealous (and ultimately unsuccessful) Oscar Best Actress campaign implied, why did they hide the movie from the public? It’s still not in theaters, despite Aniston’s many interviews about how hard she worked to transform herself. The only actress this year who managed to merge critical acclaim, commercial success, and Oscar attention was Rosamund Pike in Gone Girl, in which she plays a woman who habitually fakes her own rape in order to get back at men. That’s a particularly disturbing vision of womanhood — but it’s the one that Hollywood was okay with endorsing at the loudest possible volume.

Say this for The Boy Next Door, a movie in absolutely zero danger of getting Lopez an invitation to the 2016 Oscars: It’s actually very kind to her character. Every action Lopez’s character undertakes is given clear justifications. She sleeps with her neighbor, who’s a student at her school, but it’s at a moment of extreme vulnerability as her marriage collapses, and the “high school student” is 19 (and looks 30). She then, quite rationally, explains over and over that she made a very bad mistake and wants to calmly move forward with her life; meanwhile, her neighbor puts her through hell. No film with this much violence against its female characters could credibly be called feminist, but Lopez gets every opportunity to defend herself, both against charges of child endangerment and charges of being too intellectual for her own good. (J. K. Rowling, she tells a callous date, studied classics. And she’s a billionaire.) The Boy Next Door‘s depiction of a woman who’s capable of making mistakes without allowing them to define her is orders of magnitude more sophisticated than viewers should expect.

If we want better movies about women, we have to start with movies about women in the first place. The Boy Next Door wastes Lopez’s talents, just as much of the schlock classic actresses like Joan Crawford or Bette Davis appeared in wasted theirs. That was the price they paid for working in an era when enough movies about women were made that a few might be good.

Lopez’s new project represents an earnest attempt to capitalize on a very real public hunger to see a woman at the center of a mainstream movie — not an indie, but an old-fashioned popcorn flick. Can either the boy-centric Best Picture nominees or the elusive Best Actress pictures say that? If every director, at every level of ambition, were making commercially ambitious movies about women, The Boy Next Door wouldn’t feel so perversely refreshing. But its director is one of very few who actually did. 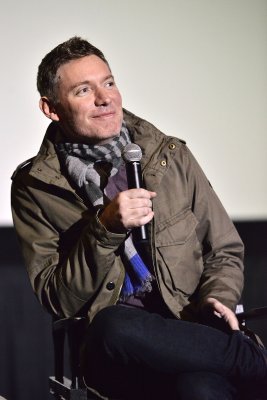 Why Oscar-Winning Director Kevin Macdonald Decided to Make a Submarine Thriller
Next Up: Editor's Pick