Someone is Finally Starting to Count 'Femicides'

A man holds a poster depicting slain Ozgecan Aslan during a march of members of Turkey's Bar Association in Ankara, on Feb. 16, 2015 to protest against a law that strengthens the police's power.
Adem Altan—AFP/Getty Images
By Charlotte Alter

With the growing awareness about domestic violence and sexual assault, we rarely use the most concise word for brutality against women: femicide, the murder of a woman. Femicide is rarely tracked by government agencies, but now one woman in the U.K. is beginning to compile a list of women killed by men.

Karen Ingala Smith, chief executive of British anti-violence organization nia, has been keeping track of all women killed by men (all men–not just current or former partners). On her blog, Counting Dead Women, she’s tallied up 126 women killed by men in 2012, 144 in 2013, and 148 in 2014. Smith is just one woman counting up news reports of dead women in her spare time, but she’s the closest thing the U.K. has to an official count of women killed by men. When she was approached by global law firm Freshfields about preventing violence against women, she realized that “they were looking for records of women killed in the UK, the most comprehensive thing they could find was my blog, which isn’t great,” she says

Femicide is gaining mass attention all around the world– most recently, in Turkey, where a young woman named Ozgecan Aslan was recently murdered and burned after she tried to fend off a rapist with pepper spray. Crowds incensed by the murder are taking to the streets and social media to demand a change in the culture of violence against women, an issue that is coming out of the shadows.

“We don’t talk about male violence against women enough, we talk about domestic violence,” Smith said. “So there’s this idea that it’s not disproportionally men killing women, it’s people killed in domestic violence. Actually, if you look at the numbers and look at the history of what’s going on, it’s a predominately one-way issue.

The phrase “femicide” isn’t new– it was made used publicly in 1976 by feminist writer Diane E. H. Russell at first International Tribunal on Crimes Against Women in Brussels, Belgium, and has been used in multiple scholarly and policy papers on violence since then. But it hasn’t quite entered our lexicon for the discussion of violence against women, especially in the U.S.

“We don’t hear it as consistently in the United States because it’s more of an international term,” explains Ruth Glenn, Executive Director of the National Coalition Against Domestic Violence. “But we’re probably seeing a resurgence in the term as more attention is focused on international violence against women.”

The U.S. doesn’t track “femicide” specifically, because we tend to call these murders “homicides” or “female homicides.” And while there is a lot of research on fatal domestic violence, (64% of murdered women in 2007 were killed by a current or former partner, according to the Bureau of Justice Statistics) the data is not usually presented in the broader context of women being killed by men. One exception is the gun-control advocacy nonprofit Violence Policy Center-– they estimate that 1,706 American women were killed by men in 2012, whether in domestic disputes or not (although victims were 13 times more likely to be killed by a male they knew).

Even if the U.S. isn’t quite on board with the phrasing yet, “femicide” advocates say that the word is a useful way to think about these kinds of murders. Femicide includes any kind of domestic violence that ends in death, rape that ends in murder, honor killings, and any other murder where the victim’s gender is a factor in her death. The UN estimates that of all the women murdered in 2012, almost half were killed by partners or family members, compared to 1 in 20 men. One of the major contributing factors to femicide is many countries is the lack of punishment for offenders, which sends the message that violence against women is normal behavior. In 2013, UN Women called for urgent government actions to prevent femicide and increase punishment of killers, and pursued active projects in Guatemala, El Salvador and Nicaragua to achieve that end. But the problem persists– according to a recent report by Al Jazeera, six Mexican women are murdered every day.

So ‘femicide’ doesn’t just refer to the killing of women–it can also refer to the entire system that condones those murders or fails to prosecute those responsible. It’s a similar concept to “rape culture,” except it applies to murder.

“When we talk about genocide and those kinds of terms that are assigned to mass violence, femicide was born,” Glenn added. “I think it’s being used to not only give some political urgency to this, but to help people understand the real crimes that are being committed against women, the mass murder, assault, and harm that’s being done to women across the globe.”

Crimes like the killing of Ozgecan Aslan in Turkey last week. Police have arrested three men in connection to her death, but that may be besides the point. “We’re not just looking at the criminal justice system for the answers,” Smith says. “We need to realize it’s a much bigger societal problem and more ingrained in the core of our culture.” 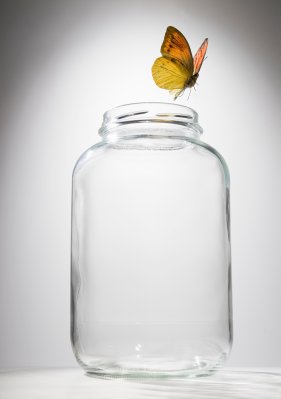 Escaping the Career Waiting Trap
Next Up: Editor's Pick