This Is China's Answer to Apple's iPhone 6 Plus

Chinese smartphone maker Xiaomi is going after Apple with its latest device.

Xiaomi on Thursday unveiled the Mi Note, a 5.7-inch premium smartphone that company CEO Lei Jun specifically identified as slimmer and lighter than Apple’s iPhone 6 Plus, while boasting a larger screen, Engadget reported. Jun added that the Mi Note’s 13-megapixel camera does’t protrude from the phone’s back — a jab at how iPhone 6 users often complain about how the camera lens sticks out.

There are two options for the Mi Note: a lower-resolution model, on sale Jan. 27, and a premium resolution phone (Mi Note Pro), on sale by late March. Off-contract, the base phone starts at 2,299RMB ($370) for the 16GB model, while the Mi Note Pro has 64GB of storage and is 3,299RMB ($530). The Mi Note Pro is the most expensive phone ever sold by Xiaomi, which first became popular for making well-received phones at affordable prices.

Xiaomi, which is only four years old, became the world’s most valuable startup last month. Known as “China’s Apple,” the company is China’s number one smartphone manufacturer, and number three in the world by sales, behind Apple and Samsung. 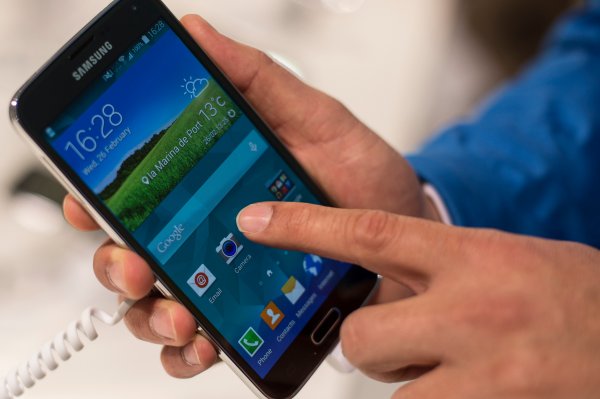 This Is the Best Android Phone For Most People
Next Up: Editor's Pick