Thousands of PEGIDA (Patriotic Europeans Against the Islamization of the West) supporters march in Dresden, Germany on Jan. 12, 2014.
Epoca Libera—Demotix/Corbis
By Naina Bajekal

Police in the east German city of Dresden have launched a murder investigation following the stabbing of an Eritrean refugee after his body was found outside his home on Tuesday, the Guardian reports.

The man, identified as 20-year-old Khaled Idris Bahray, had left his apartment at 8pm on Monday, telling his seven flatmates he was going to buy cigarettes and would be back shortly. But the following morning, residents from the housing estate found his body. Police later confirmed Bahray was murdered in a knife attack.

The city of Dresden has attracted international attention recently because of weekly anti-immigration rallies held by Germany’s latest right-wing movement, PEGIDA (Patriotic Europeans Against the Islamization of the West).

Bahray’s friends and flatmates told the Guardian that the Eritrean-born Muslim was a peace-loving and kindly man who had come to Germany seeking a better life.

Tesfalem Negasi, Bahray’s roommate, said a swastika was drawn on their apartment door, accompanied with the words: “We’ll get you all.” This was just three days before Bahray was murdered. 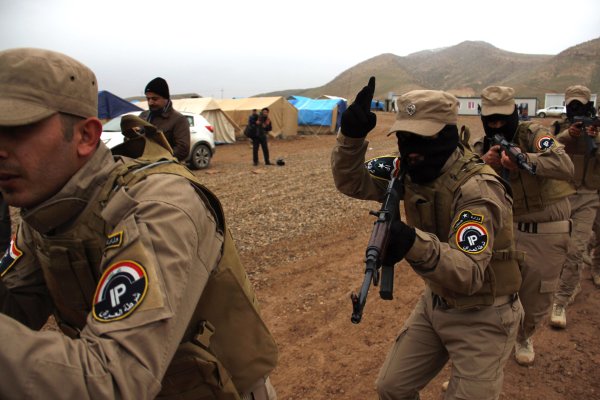 Meet the Men Being Trained to Fight ISIS by the U.S.
Next Up: Editor's Pick