The Pleasures and Perils of Biopics

The Motion Picture Academy devotes a few of its Oscars to worthy candidates in the sorts of films–documentaries, foreign-language and animated features, live-action shorts–that get overlooked in the main prize giving. In fairness, the Academy ought to establish one more category for a genre that pulls a lot of freight but gets little respect: the fantasy action movie. Pictures like Guardians of the Galaxy, Captain America: The Winter Soldier and (I’m not ashamed to say it) Lucy not only earn enough cash to subsidize all the other pictures Hollywood makes, but they also parade the technical dazzle and muscular storytelling that are the hallmarks of American moviemaking at its current robust, populist best.

A special Oscar for fantasy films–call it the Affirmative Action Prize–won’t happen, because the Academy sees awards season as a time to favor another genre it ignores during the rest of its commercial calendar: the stately biographical drama, or biopic. Film historians and regular moviegoers may revere such leaps of the cinematic imagination as 2001: A Space Odyssey, Star Wars, Blade Runner and Avatar, but none of those took the Best Picture Oscar; no science-fiction film ever has. In 1983, the voters chose Richard Attenborough’s stodgy Gandhi, not Steven Spielberg’s soaring E.T. the Extra-Terrestrial. Last year they preferred 12 Years a Slave to Gravity–an excellent movie over a breathtakingly spectacular one.

Of the nine films nominated last year for Best Picture, six were in some way biopics: 12 Years a Slave plus American Hustle, Captain Phillips, Dallas Buyers Club, Philomena and The Wolf of Wall Street. This year’s contenders for the Best Picture nominations announced on Jan. 15 (you know who was named; at press time I didn’t) include American Sniper, Foxcatcher, The Imitation Game, The Theory of Everything, Selma and maybe Unbroken. Another biopic, Wild, features an awards-laden performance by Reese Witherspoon.

The reasons for biopic proliferation are simple. Hollywood occasionally wants to pay tribute to genuine heroes, like Unbroken’s Louis Zamperini, survivor of incredible but true tortures in the Pacific War. Such movies allow the industry to feel it makes a difference, not just a bundle, and producing elevated historical epics is the moguls’ way of giving at the office.

This impulse isn’t only altruistic; biopics can do well by doing good. Tilting the Oscar system toward real-life dramas reaps months of free publicity that often translate into box-office lucre. Over the past few years, biopics have paid off in statuettes for Best Picture (The King’s Speech, Argo, 12 Years a Slave), Best Actor (Sean Penn for Milk, Colin Firth for The King’s Speech, Daniel Day-Lewis for Lincoln, Matthew McConaughey for Dallas Buyers Club) and Best Actress (Helen Mirren for The Queen, Marion Cotillard for La Vie en Rose, Sandra Bullock for The Blind Side, Meryl Streep for The Iron Lady). Making biopics, the movie elite feel like decent citizens; then they give themselves prizes. One hand shakes the other.

The announcement of Oscar nominees, following the televised Golden Globe awards by a few days, cues the flush of the awards season. That’s why so many serious films open in limited release in November and December, then go wide in January. Moviegoers can check out finalists in the major categories–perhaps as research to fill out Oscar ballots, or just to know what movies will stoke water-cooler debate. And when a wide swatch of the eligible films are biopics, wading through the films can seem like homework: cramming for a history final.

Not for every filmgoer. Not for me. I like all kinds of movies, including biographies. On my Best Performances list, I happily honored Benedict Cumberbatch as Alan Turing in The Imitation Game, David Oyelowo as Martin Luther King Jr. in Selma, Jack O’Connell as Zamperini in Unbroken and Chadwick Boseman as James Brown in the sadly ignored Get On Up. The Oscar drumbeat for biopics, and other films that audiences might have skipped, does the critic’s job of expanding the range of films that must be seen.

But as Oscar-wannabe biopics flourished, they congealed into a genre, with narrative tropes as predictable as the gunfight in a Western, the breakup and makeup in a bromance. A man (or, rarely, a woman) latches on to some goal of achievement or endurance and overcomes hardships to see it realized. Yes, that could be the outline of almost any movie, from The Godfather to Gravity. The difference in biopics is that the ending is already known to anyone with historical memory or access to Wikipedia. When the resolution is familiar, the suspense must come in the details: showing how the hero of American Sniper bore the burden of his expertise at killing, how the heroine of Wild survived her demons.

Often one biopic will seem a remake of another: Selma, which details King’s battle for passage of the Voting Rights Act of 1965, comes just two years after Lincoln, about the President’s battle for passage of the 13th Amendment in 1865. This year we have a pair of conjoined twins in The Theory of Everything and The Imitation Game, both about Cambridge geniuses whose monumental accomplishments (enlarging man’s knowledge of the universe or solving Germany’s World War II Enigma Code) came despite hardships (Hawking’s motor neuron disease, Turing’s secret gayness at a time when homosexual acts were illegal in Britain).

Both of those films follow the template of the 2011 Oscar winner for Best Picture, The King’s Speech, in which George VI overcomes a dreadful stammer to be able to rally his people against Nazi Germany; The Imitation Game includes a snippet of that famous radio declaration. Snugly fitting the contours of an intimate epic, The King’s Speech fulfilled the dreams of any biopicturist–in this case the Weinstein Co.’s master showman Harvey Weinstein. Made for a thrifty $15 million, the film parlayed its 12 Oscar nominations, and eventually four wins, into a worldwide box office of $414 million.

The story behind The King’s Speech also had the advantage of not being widely known, at least to American audiences and critics. When a movie dramatizes important events in recent U.S. history, the luster it accrues from its subject can be muddied by the contrary recollections of participants and historians. Zero Dark Thirty, the fact-based tale of a CIA officer’s hunt for Osama bin Laden, fell aground on its hint that the torture of terrorist suspects may have led to significant evidence. This year Selma has taken a hit from Lyndon Johnson loyalists who argue that the President was King’s champion in the Voting Rights campaign, not his challenger. If this first big-screen King biography fails in its quest for Best Picture, director Ava DuVernay could finger the fact-checkers and nitpickers.

Other critics have noted that the real Chris Kyle, the Navy SEAL who registered at least 160 kills of insurgent suspects in his four tours of Iraq, filled his autobiography with far more rambunctious escapades than those of the Kyle played by Bradley Cooper in Clint Eastwood’s film. That suggests another danger in biopics: the tendency to establish a character’s importance by simplifying his personality, ironing out the ironies and excising the flaws. Selma raises the specter of King’s adultery, but only as slurs. The great man’s balancing act of his sacred mission with his sexual appetites would make a fascinating drama–in a different movie.

Writing history with cinematic lightning is an exemplary goal. But it doesn’t address the oldest, most creative movie urge: to make up a story and make the audience believe in it. That’s the triumph of three other notable films–Boyhood, Birdman and The Grand Budapest Hotel–which existed only in the heads of Richard Linklater, Alejandro G. Iñárritu and Wes Anderson until they burst to life onscreen. Perhaps none of them will win a Best Picture Oscar, but all will have made something more lasting: movie history. 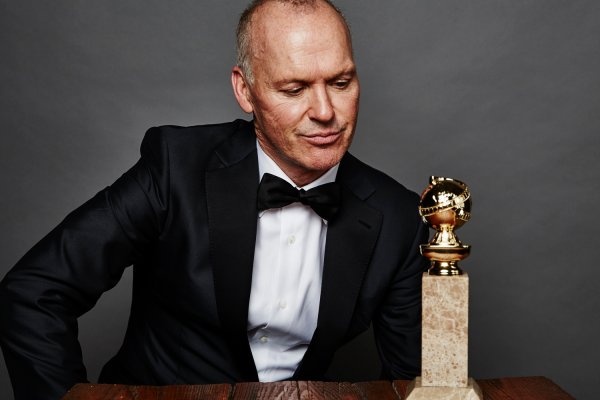