The Future of Driving

Every year, the average American driver wastes hundreds of hours in traffic, hundreds of minutes fiddling with dashboard controls and hundreds–if not thousands–of dollars on auto care and maintenance. But what if cars could solve these problems by design?

That’s the question many automakers raised at the recent Consumer Electronics Show (CES) in Las Vegas and North American International Auto Show in Detroit. They unveiled an array of car models that eschew traditional selling points such as horsepower and handling in favor of technologies to enhance the modern commute. Among them: General Motors’ OnStar system, which can monitor car parts and alert drivers before they need fixing, and Ford’s revamped Sync infotainment system, which better understands human speech.

But some advances aren’t as close as they appear. Although self-driving concept cars sound enticing–BMW’s can be summoned via a smart-watch app, while Mercedes-Benz’s touts front seats that swivel to create a loungelike interior–they can’t go mainstream until myriad legal and insurance issues are resolved, which could take years. Other features, like gesture-based navigation, are too buggy for prime time.

Nonetheless, the CES unveilings portend great things for the auto industry–and for drivers. “Automatic braking, adaptive cruise control, traffic-jam assist … we’ve got this technology on the road today,” says Jeremy Carlson, a senior analyst for automotive technology at the research firm IHS Technology. “And it’s going to serve as building blocks for what’s to come.”

A few of the coming attractions on the cars of tomorrow

Sensor- and camera-laden models from Audi and Volkswagen, among others, don’t just automatically brake to prevent fender benders; they can actually navigate around highway traffic and into garages without a human at the wheel.

In addition to Ford’s new Sync system, which better understands voice commands, Apple and Google have partnered with automakers to create interfaces as intuitive as the ones on your smartphone.

Audi’s and BMW’s ultra-bright laser headlights can detect oncoming cars and dim slightly to avoid disturbing their drivers. One catch: they’re not yet legal in the U.S.

The new model of BMW’s all-electric i3 can find its own spot in a parking lot, then be hailed via a smart-watch app to retrieve its driver.

In Mercedes-Benz’s self-driving concept car, the front seats swivel to create a loungelike cabin that resembles the interior of a limousine. 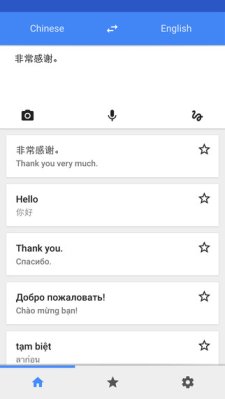