Oregon quarterback Marcus Mariota announced Wednesday that he is entering the NFL draft.

In his latest mock draft, SI.com’s Chris Burke projects Mariota as the No. 1 pick.

“After meeting with my family I have decided to forego my final year of eligibility and apply for the 2015 NFL Draft,” Mariota said in a statement. “My four years at the University of Oregon have been an awesome experience. I cannot thank Coach Kelly, Coach Helfrich, Coach Frost, the rest of the Oregon coaches and the support staff enough for molding me as a person, player and student-athlete.”

Mariota was 11th in the nation this season with 296.9 passing yards per game and second nationally with 42 touchdown passes. In his three-year collegiate career, Mariota threw 105 touchdowns and 14 interceptions. 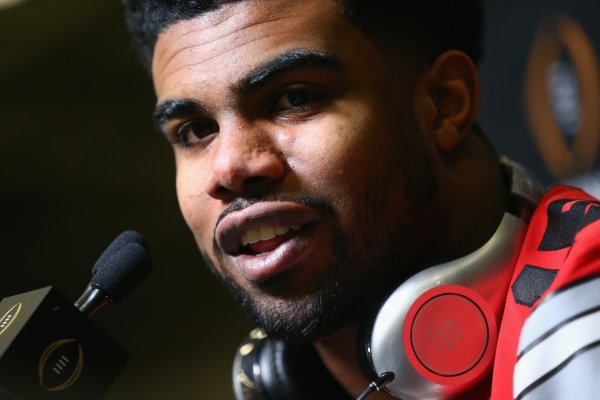